A Saint Mary Magdalene National Shrine is my DREAM VISION….

My vision board for a Saint Mary Magdalene National Shrine has been on the wall directly over my computer for the past several years.

….to bring Saint Mary Magdalene (her relic) to the United States where it can permanently remain in a Saint Mary Magdalene National Shrine prepared especially for her would be something very special. One with a life-size statue of her and many candles below where the faithful can come to light candles and pray to her for her powerful intercession. Mary Magdalene is the “Apostle to the Apostles,” the first to see the Risen Christ and was told by Him to go and tell the others. She was really the “first Preacher,” and I think it is about time that there is a shrine in the United States dedicated to her.

That Mary Magdalene loved Jesus deeply is self-evident, for Luke tells us quite early that she was among the women who ministered to Him and to the Twelve. What seems equally self-evident is that Jesus Himself felt a special bond of affection for this woman from whom He had “cast out seven demons,” for He singled her out from among the entire body of His followers as the first witness to His resurrection from the dead. I personally believe that Jesus will grant her anything she asks. It is through the Communion of Saints (the spiritual union of members of the Christian Church, both living and dead who are all part of the “mystical body”, with Christ as the head) that we pray to Saint Mary Magdalene for her intercession.

My desire is to have the shrine installed in a Dominican Church, because it is the Dominicans who chose Saint Mary Magdalene as their co-patroness 800 years ago and in 1295 Pope Boniface VIII published a pontifical bull establishing the Dominicans at La Sainte-Baume and St. Maximin, where they have been guardians of her relics ever since.

Saint Dominic (1170-August 6, 1221), often called Dominic de Guzmán, was born in Caleruega, Spain. In 1194 he was ordained a priest and followed the rule of St. Benedict. In 1215, Dominic established himself, with six followers, in a house in Toulouse, France, given by a rich resident. They followed the monastic rules of prayer and penance. Bishop Foulques gave them authority to preach throughout the territory of Toulouse.

Dominic went to Rome in September 1215 with the purpose of founding a religious order. On the first two visits he met with Pope Innocent III. He wanted the Pope to give to his unknown association, only a few months old, freedom from all parish restrictions and responsibilities, exemption from the jurisdiction of bishops, and a charter to preach throughout the entire world! After Dominic’s departure Pope Innocent III wrote a letter to him, addressing it “To Master Dominic and the Brothers Preachers.”

Pope Innocent III died on July 16, 1216, thus not fulfilling his intention to grant St. Dominic’s wish. Honorius III was elected his successor. Pope Honorius III confirmed the Order and gave as its official title the name under which it was first addressed by his illustrious predecessor. “The Order of Brothers Preachers,” or, in its simpler form, “Friars Preachers,” has been its official title from its inception. This, in turn, has been further condensed to “Order of Preachers.” Hence the letters “OP,” which follow the name of every Dominican.

Pope Honorius III confirmed the Order of Preachers in two bulls issued December 22, 1216. The first of these bulls, perhaps the shortest by which any order was ever confirmed, was as follows:

“Honorius, Bishop, servant of the servants of God, to our dear son, Dominic, prior of St. Romain, of Toulouse, and to your brethren who have made, or shall make, profession of regular life, health and apostolic benediction. We, considering that the brethren of your Order will be the champions of the Faith and the true light of the world, do confirm the Order in all its land and possessions present and to come; and we take the Order itself, with all its goods and rights, under our protection and government.
Given at St. Sabina, at Rome, on the 11th of the Kalends of January, the first year of our pontificate.
HONORIUS.”

2016 – Jubilee of the Foundation of the Order of Preachers

2016 is the year of the 800th Anniversary of the Order of Preachers. The founding of a Saint Mary Magdalene National Shrine in conjunction with the 800th Anniversary of the Order that chose her as their co-patroness seems very fitting. With this in mind, I went to Rome in October 2012 to that same Santa Sabina Church where eight centuries ago Pope Honorius III delivered his pontifical bull confirming the Order of Preachers. My goal was to try and meet with the 87th Master of the Order of Preachers, Father Bruno Cadoré, OP (a French Roman Catholic priest) about my idea. A very special Dominican priest, Father Vincent Lopez from West Hollywood, California invited me to meet him in Rome to help me with an introduction.

Basilica of Santa Sabina in Rome is the oldest extant Roman Basilica in Rome, built between 422 and 432. It is the mother church of the Roman Catholic Order of Preachers, better known as the Dominicans.

Pope Francis celebrated Mass at the Basilica of Santa Sabina in Rome on Ash Wednesday of 2014, 2015 & 2016. Santa Sabina is the first of the traditional Lenten Station churches. “We’re always very pleased that the Pope comes to Santa Sabina on Ash Wednesday, that Lent begins here for the Church,” said Father Vivian Boland, OP, a friar of the Irish Province. Fr. Boland is currently assigned to Santa Sabina, where he is an assistant to the Master of the Order.

When I was in Rome in October 2012, I stayed at Villa Rosa Convent with the Dominican Sisters. From there I walked up to the Basilica of Santa Sabina hoping to meet the Master. As I waited in the church I had the pleasure of listening to a singer rehearsing the Ave Maria for a wedding that was about to take place. Unfortunately, I was unable to meet Master Bruno Cadoré that day because of an important conference he was attending, but I did speak to his assistant, Father Ed Ruane, OP, about my idea. Fr. Ed was very receptive and promised me he would discuss it with Master Bruno Cadoré. Fr. Ed Ruane knew his next assignment was pastor of Saint Dominic Catholic Church in Denver, Colorado and told me he would love to have a shrine dedicated to Saint Mary Magdalene at Saint Dominic Catholic Church in Denver.

Coincidence or Divine Providence?:
My mother-in-law’s mother’s maiden name was R U A N E, and she was from Ballina, Ireland. I mentioned this to Fr. Ed when I met him in Rome and he said his family was from that same area in Ireland, and that in his lifetime he had never met anyone with his same last name. Maybe, just maybe my husband’s family is related to Fr. Ed.  ….and, my mother-in-law’s first name was S A B I N A, and her mother’s first name was also S A B I N A.

Before going to Rome I had the idea that a Saint Mary Magdalene National Shrine would be wonderful inside Saint Dominic Catholic Church in San Francisco. I was first in the beautiful English Gothic style church on February 16, 2011 during the Relic Tour of Saint Mary Magdalene where her relic (a piece of her tibia) normally kept in the Cave of La Sainte-Baume in France, spent the whole afternoon with crowds of people coming for the holy event. I noticed the Shrine of Saint Jude on one of the large side altars and also the fact that the large side altar opposite Saint Jude was empty. I remembered that Saint Jude Thaddeus and Saint Mary Magdalene actually knew each other in real life, as Saint Jude Thaddeus was one of the twelve apostles.

I wrote to the pastor, Fr. Xavier Lavagetto, OP (the former pastor of St. Dominic in San Francisco), about this idea a few years ago and he replied that he was “intrigued.” Then I was thinking I need to write to Master Bruno Cadoré. A project like this needs approval and time for the preparation….

After communicating again with Fr. Ed Ruane it feels to me like St. Dominic Catholic Church in Denver should be the home of the Saint Mary Magdalene National Shrine.

Mary Magdalene – Apostle to the Apostles

My DREAM VISION is for Saint Mary Magdalene (Apostle to the Apostles) to take the apostles by the hand to help them fulfill their “Great Commission.” The Relic Tour will ideally be during Lent 2016 and end with the opening of the Saint Mary Magdalene National Shrine, in conjunction with the 800th anniversary of the Order of Preachers.

All the apostles will be out  P R E A C H I N G  and those who attend the Relic Tour will get to know very well the individual apostles. I am in the process of doing research on each apostle and will prepare large boards to display their lives and their travel while they were preaching the gospel. I have just finished writing a book, Moved by the Spirit, which is about the lives of each of the apostles and why they decided to give up their lives and preach the Gospel of Jesus.

Hopefully the Dominicans at La Sainte-Baume will once again return with the relic of Saint Mary Magdalene to Chicago for this Relic Tour. 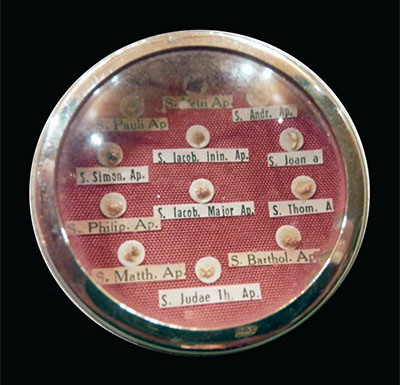 The reliquary containing relics of the eleven apostles and St. Paul is permanently displayed on the altar at Ashkum Catholic Church of the Assumption in Ashkum, Illinois. 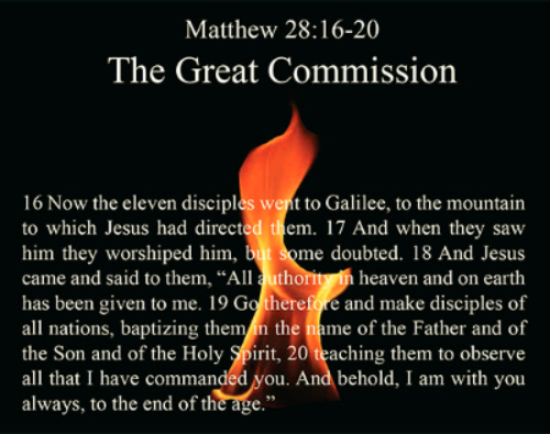 At this point this 30-Day Relic Tour and the opening of a Saint Mary Magdalene National Shrine in Denver is only my personal DREAM VISION.  There is official approval that needs to be obtained and a lot to do in the preparation…. I have written the Archbishops of Chicago and St. Louis, and the Bishops of Joliet, Gary, Peoria and Springfield. Several of these bishops have written to Bishop Rey in France requesting the relic. I also flew to Denver, Colorado a year ago and met with Fr. Ed Ruane, OP to discuss the Saint Mary Magdalene National Shrine.