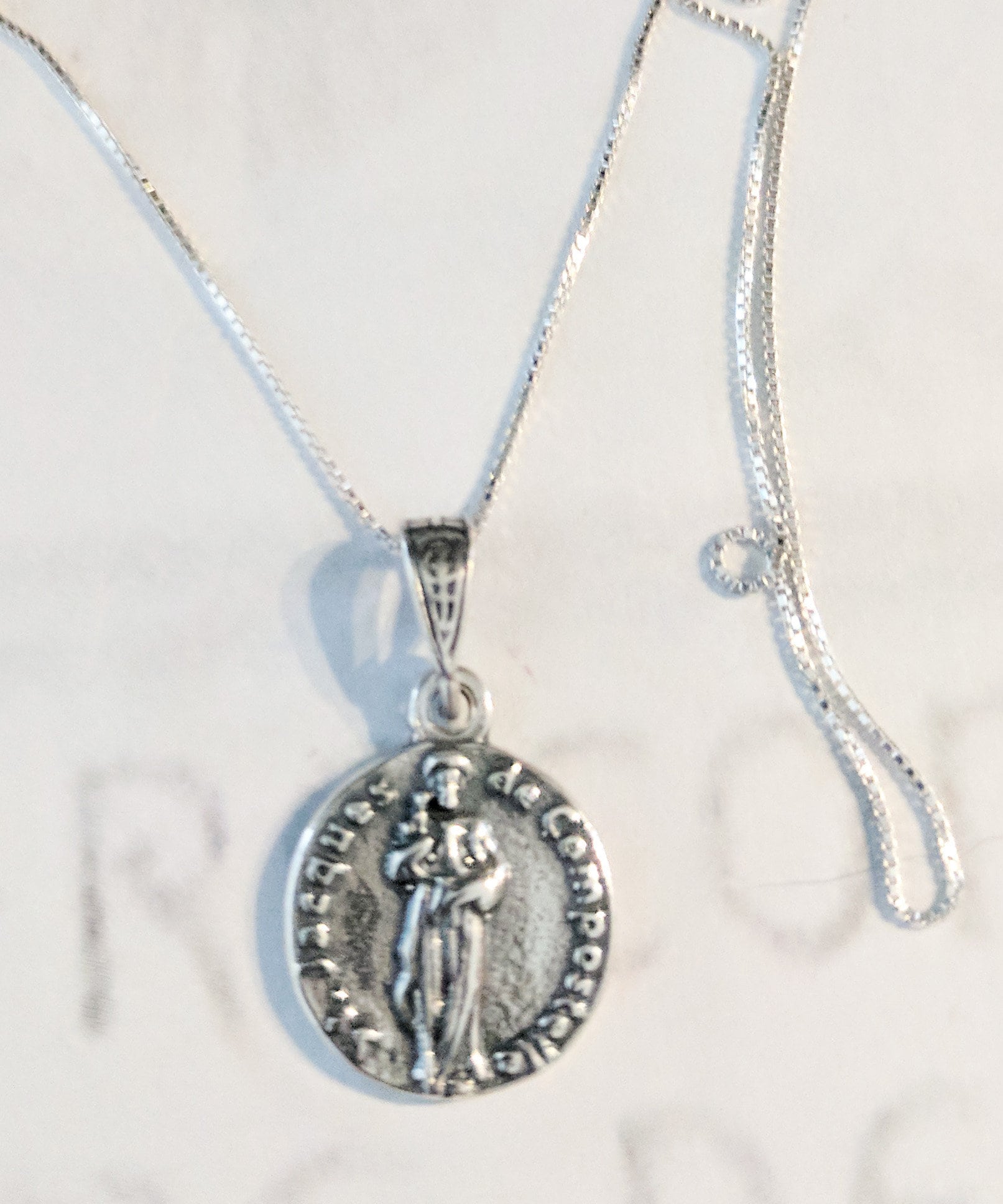 $55.00 USD2 available
Buy Now
This Saint James of Compostela medal is made of sterling silver. The medal measures 16 mm in diameter and has the words "ST. JACQUES DE COMPOSTELLE" surrounding the image of Saint James on the front, and a SCALLOP SHELL on the back. It hangs from an 18 inch sterling silver chain.