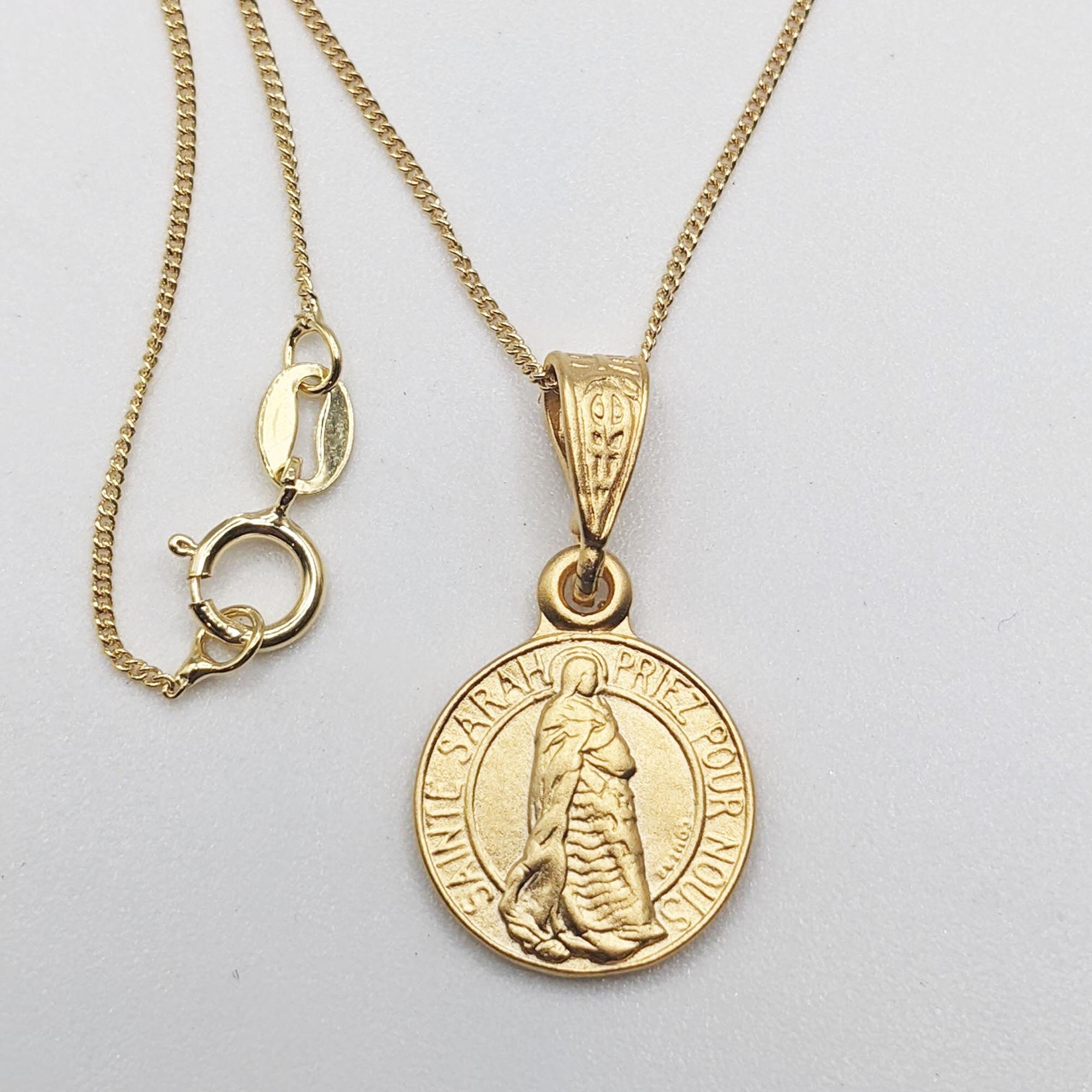 The medal measures 14mm in diameter and the chain measures 18 inches and is 18K gold vermeil.

SAINTE SARAH, also known as Sara-la-Kâli, is the patron saint of the Romani people. The center of her veneration is Saintes-Maries-de-la-Mer, a place of pilgrimage for Roma in the Camargue, in southern France.