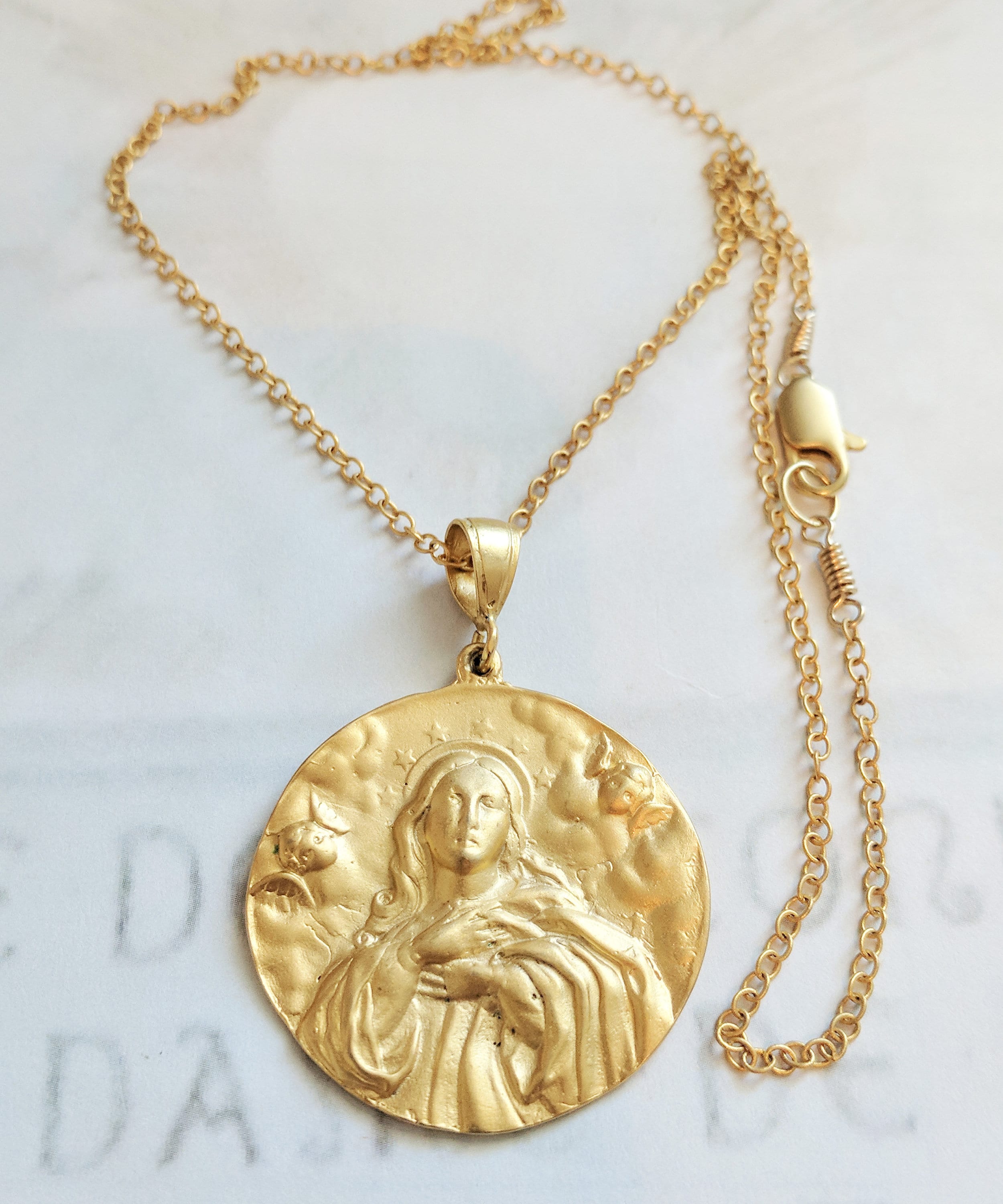 $295.00 USD1 available
Buy Now
This beautiful 18K gold vermeil medal of Mary of Magdala shows her being "carried by angels." The medal is large measuring 39mm in diameter. It hangs from a 24 inch Italian 18K gold vermeil 2mm rolo chain.