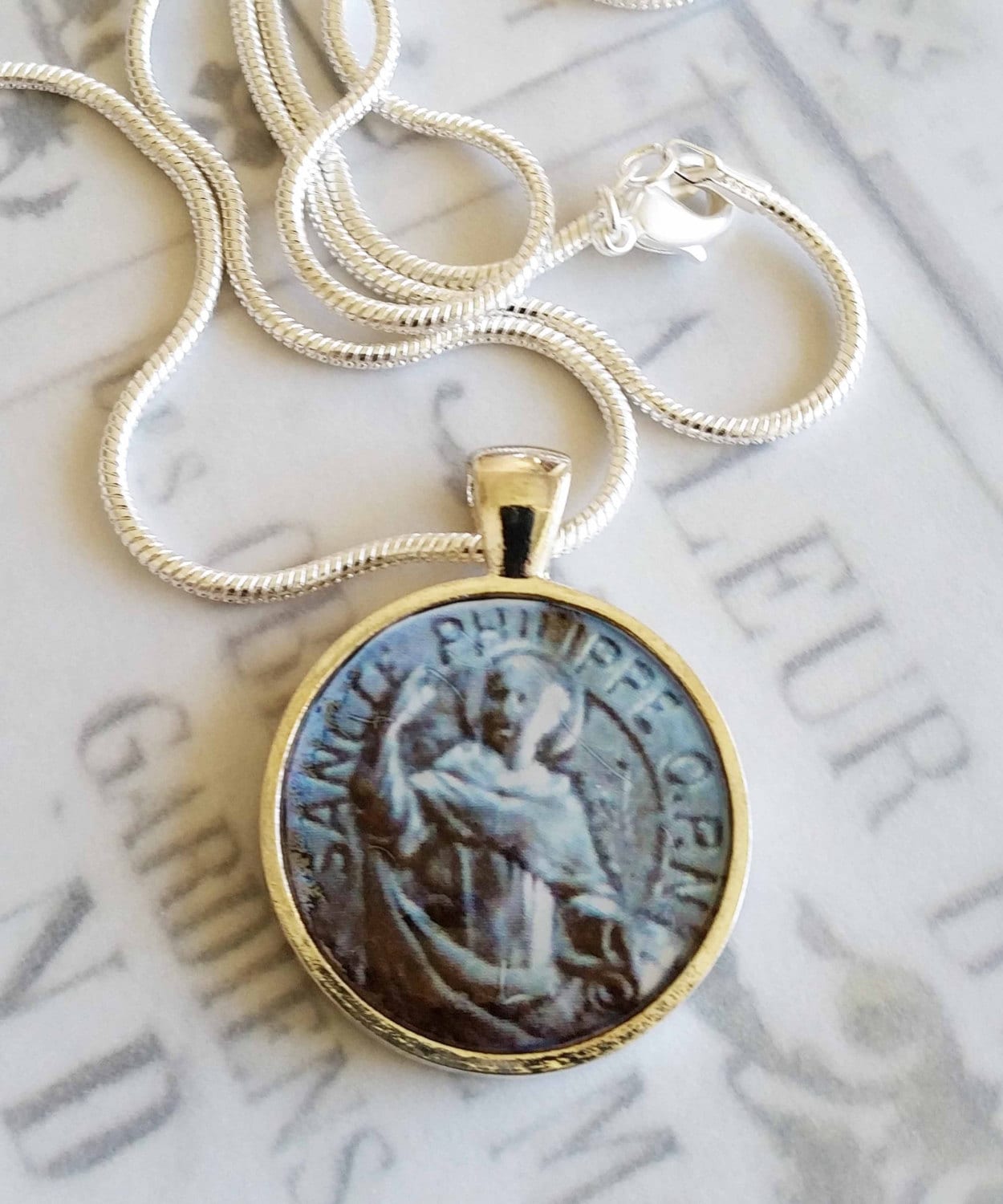 $32.00 USD1 available
Buy Now
This Saint Philip Apostle Pendant hangs from an 18 inch sterling silver snake chain. The pendant measures 28 mm in diameter and has the words "SANCTE PHILIPPE O.P.N." surrounding the image of Saint Philip. The image is protected by clear casting resin giving it an antiqued look.