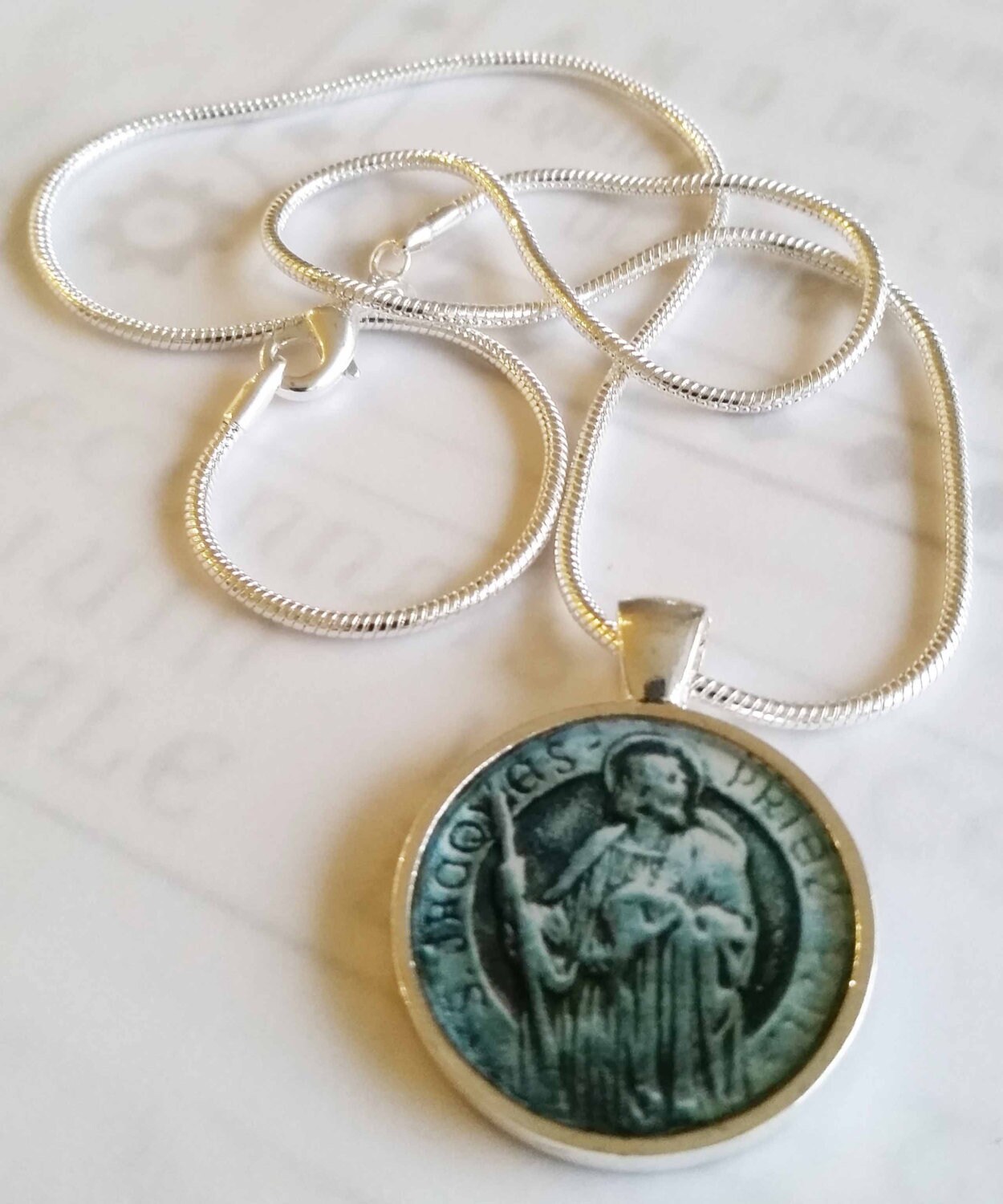 $32.00 USD2 available
Buy Now
This Saint James the Greater Apostle Pendant hangs from a 20 inch sterling silver snake chain. The pendant measures 28 mm in diameter and has the words "S. JACQUES PRIEZ P.N." (French - St. James pray for us) surrounding the image of Saint James with a pilgrims staff or walking stick. The image is protected by clear casting resin giving it an antiqued look.

JAMES THE GREATER was the brother of John the Apostle. James is named "the Greater" to distinguish him from the Apostle James "the Less," who was probably shorter in stature. James was the elder of the two brothers. Jesus knew the brothers' nature when He first met them and chose "Boanerges" as a fitting nickname, which means "sons of thunder" (Mark 3:17). Typical of Galileans, they were religious, hardy, industrious, brave and strong defenders of the Jewish nation.