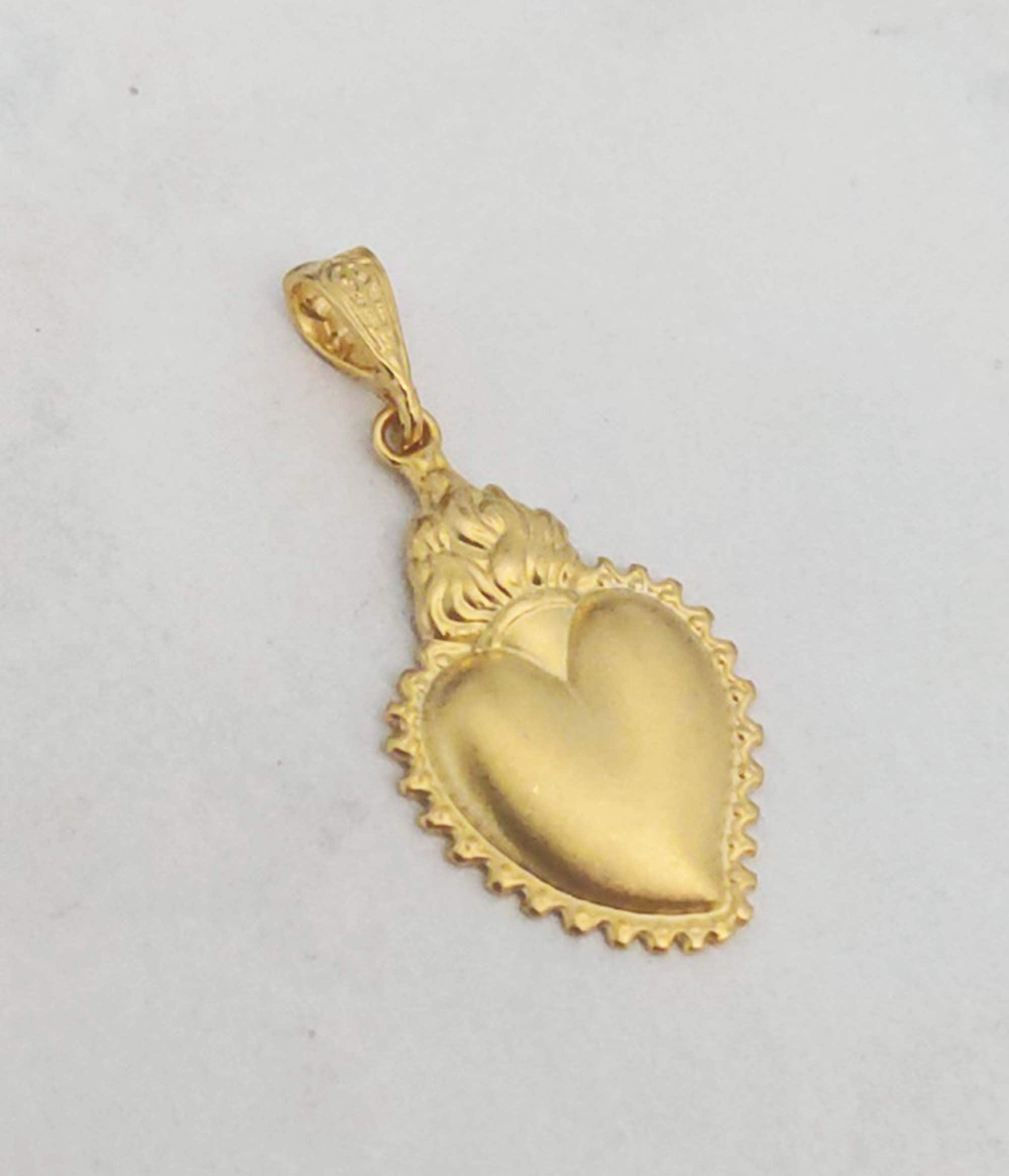 $45.00 USD3 available
Buy Now
This solid Sacred Heart of Jesus medal is made of sterling silver and plated with 18K gold and measures 18x27mm.