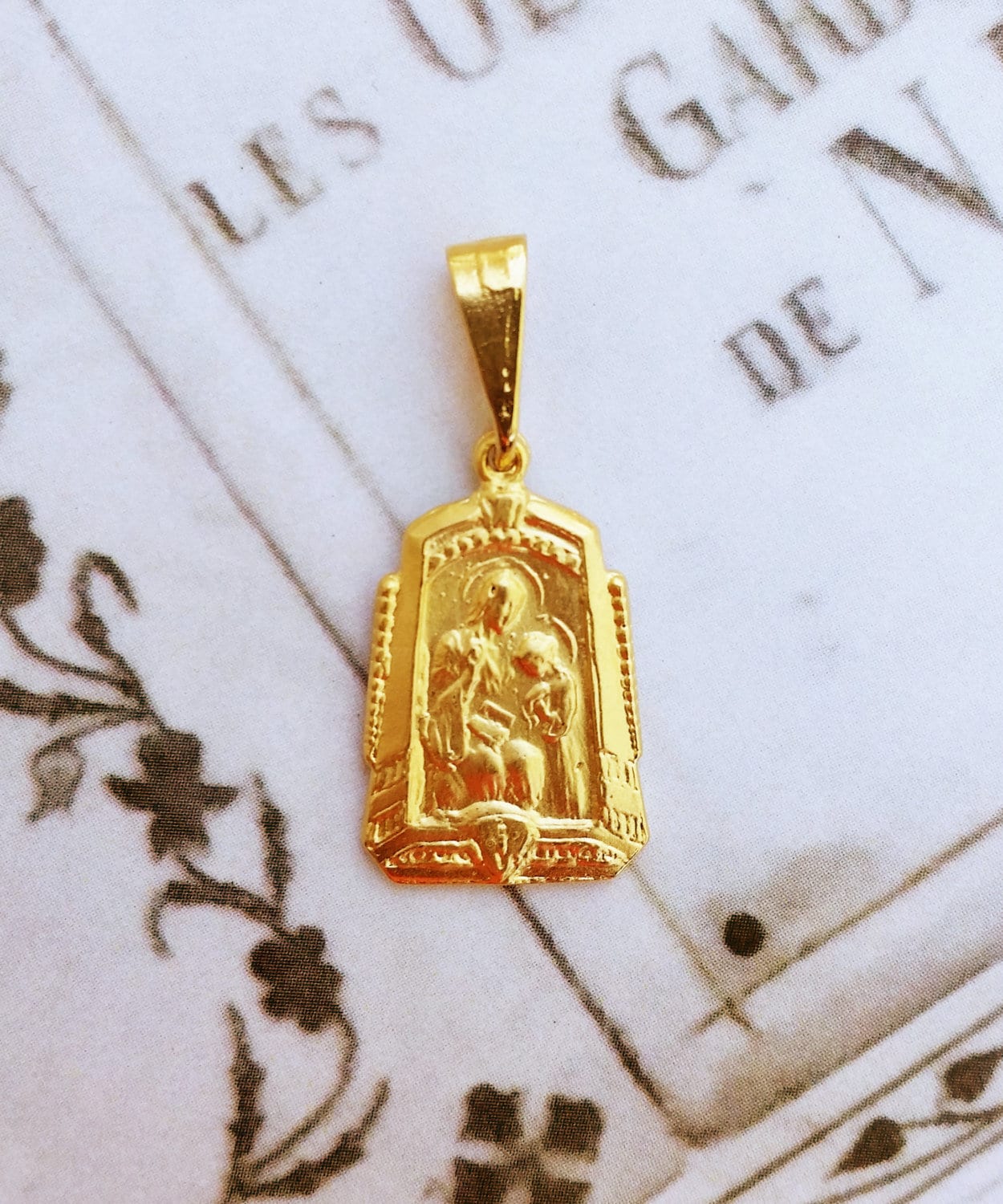 $30.00 USD1 available
Buy Now
This vintage medal of Saint Ann & Mary has been recast in sterling silver and plated in 18K gold. On the reverse it reads: ST ANN PRAY FOR US. It is complete with a gold bail and ready to hang on your favorite gold chain. The Feast of Saint Ann is celebrated on July 26th.

RELICS OF ST. ANN - According to a most ancient and uninterrupted tradition, the body of St. Ann [Mother of the Blessed Virgin Mary] was carried to Gaul [a province of the Roman empire which included what are now the countries of France and upper Italy] by the same vessel which carried Lazarus and his sisters, Martha and Mary Magdalene. During the first century of the Christian era, these friends of Our Lord were banished from Palestine because of their faith. From their hands St. Ann’s precious remains were taken for safekeeping to the city of Apta Julia, which is now the city of Apt, France, where they still remain.