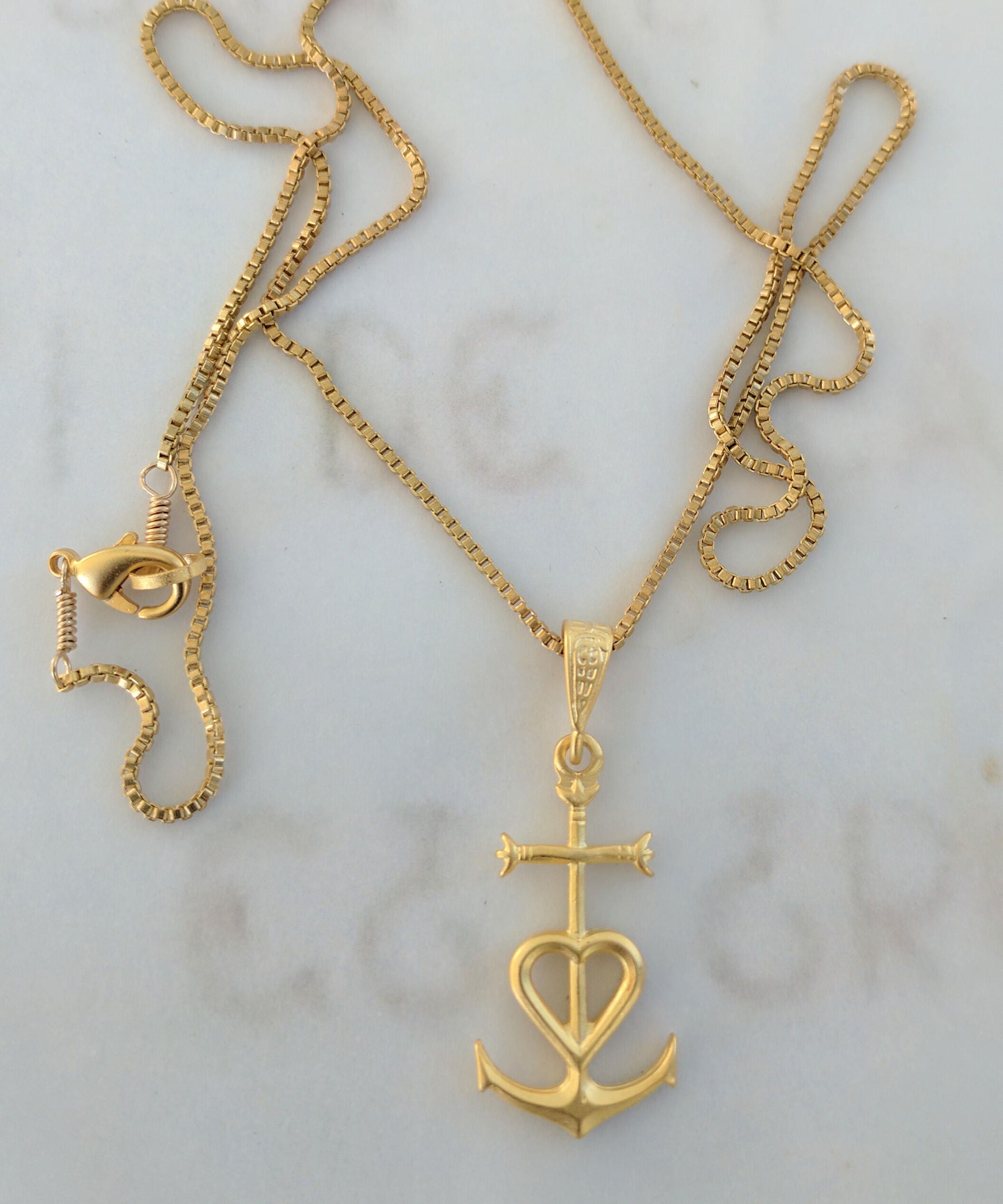 $48.00 USD1 available
Buy Now
This 18K gold vermeil cross is a replica of a genuine Camargue Cross on an 18 inch Parisian box chain. It is in the area of the Camague in the South of France that Saint Mary Magdalene and her companions landed in 47AD after being cast out of Palestine. They later converted all of Provence.

I have written a story of the CAMARGUE CROSS ORIGIN that can be viewed here:
http://www.magdalenepublishing.org/camargue-cross-origin/