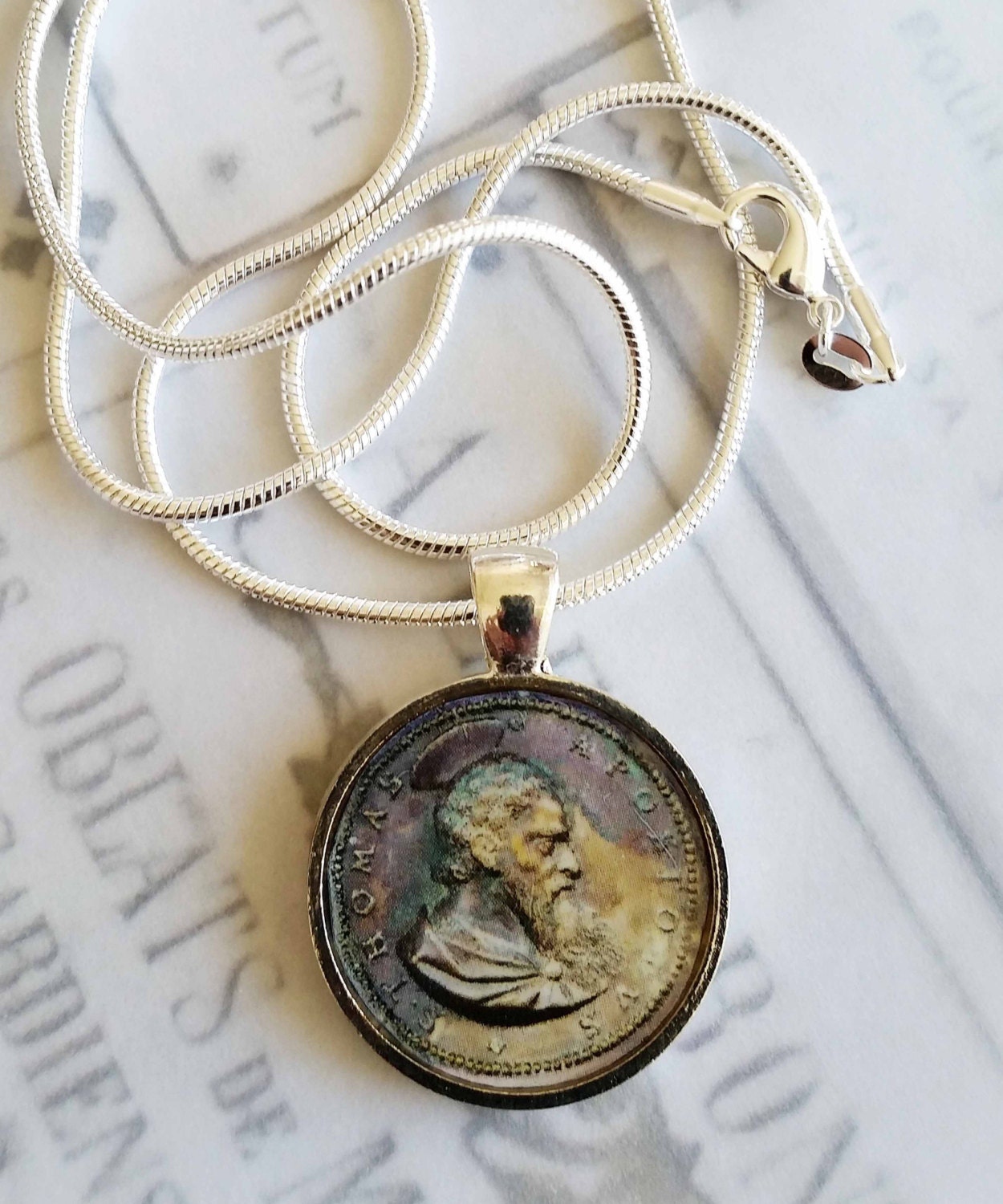 $0.00 USD0 available
Buy Now
This Saint Thomas Apostle Pendant hangs from a 20 inch sterling silver snake chain. The pendant measures 28 mm in diameter and has the words "S.THOMAS APOSTOLVS" (Latin) surrounding the image of Saint Thomas. The image is protected by clear casting resin giving it an antiqued look.

John 20:24-29 - JESUS APPEARS TO THOMAS
"Now Thomas (also known as Didymus), one of the Twelve, was not with the disciples when Jesus came. So the other disciples told him, 'We have seen the Lord!' But he said to them, 'Unless I see the nail marks in his hands and put my finger where the nails were, and put my hand into his side, I will not believe.'
A week later his disciples were in the house again, and Thomas was with them. Though the doors were locked, Jesus came and stood among them and said, 'Peace be with you!' Then he said to Thomas, 'Put your finger here; see my hands. Reach out your hand and put it into my side. Stop doubting and believe.' Thomas said to him, 'My Lord and my God!'
Then Jesus told him, 'Because you have seen me, you have believed; blessed are those who have not seen and yet have believed.'"