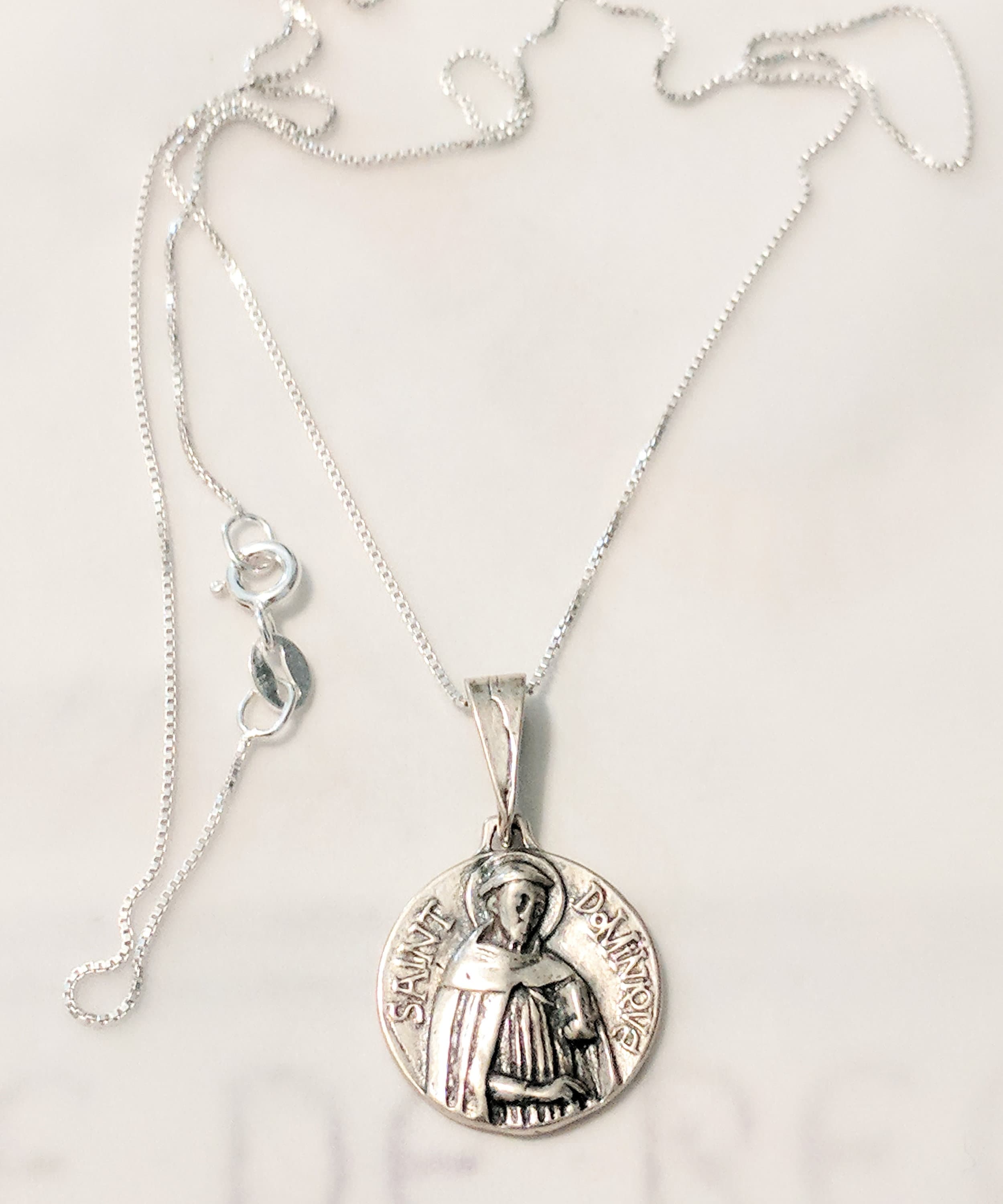 $50.00 USD3 available
Buy Now
This sterling silver medal of Saint Dominic has his image on the front with the words SAINT DOMINIQUE. It is 18mm in diameter and is hung on a 20 inch sterling silver box chain. On the reverse side of the medal is an image of Saint Mary Magdalene with her alabaster jar. Saint Mary Magdalene is the co-patroness of the Dominican Order along with the Blessed Mother.