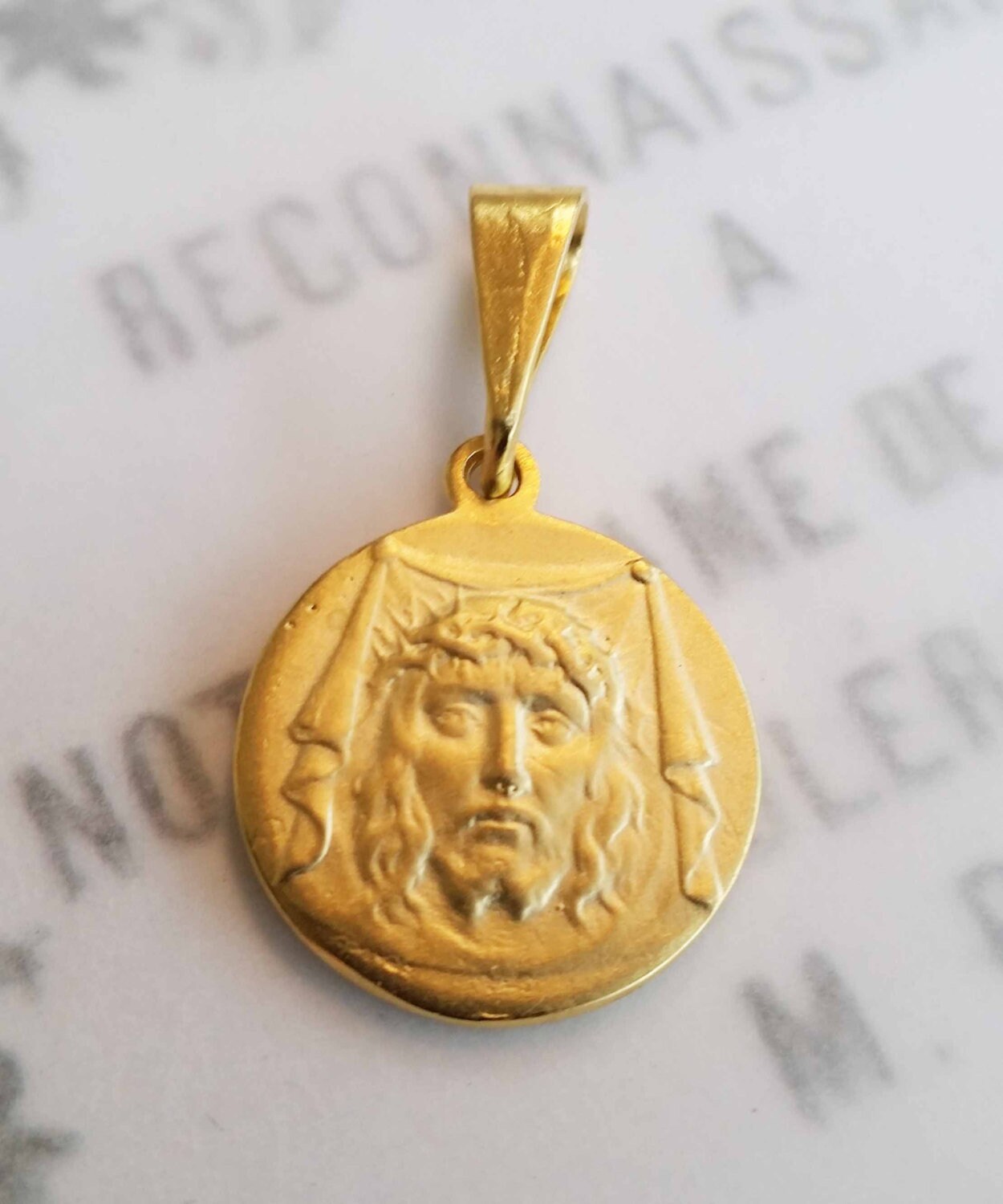 $42.00 USD6 available
Buy Now
This Holy Face medal is 18K gold vermeil. The beautiful medal of the Holy Face, measures 18mm in diameter. The reverse of the medal is a Christogram.