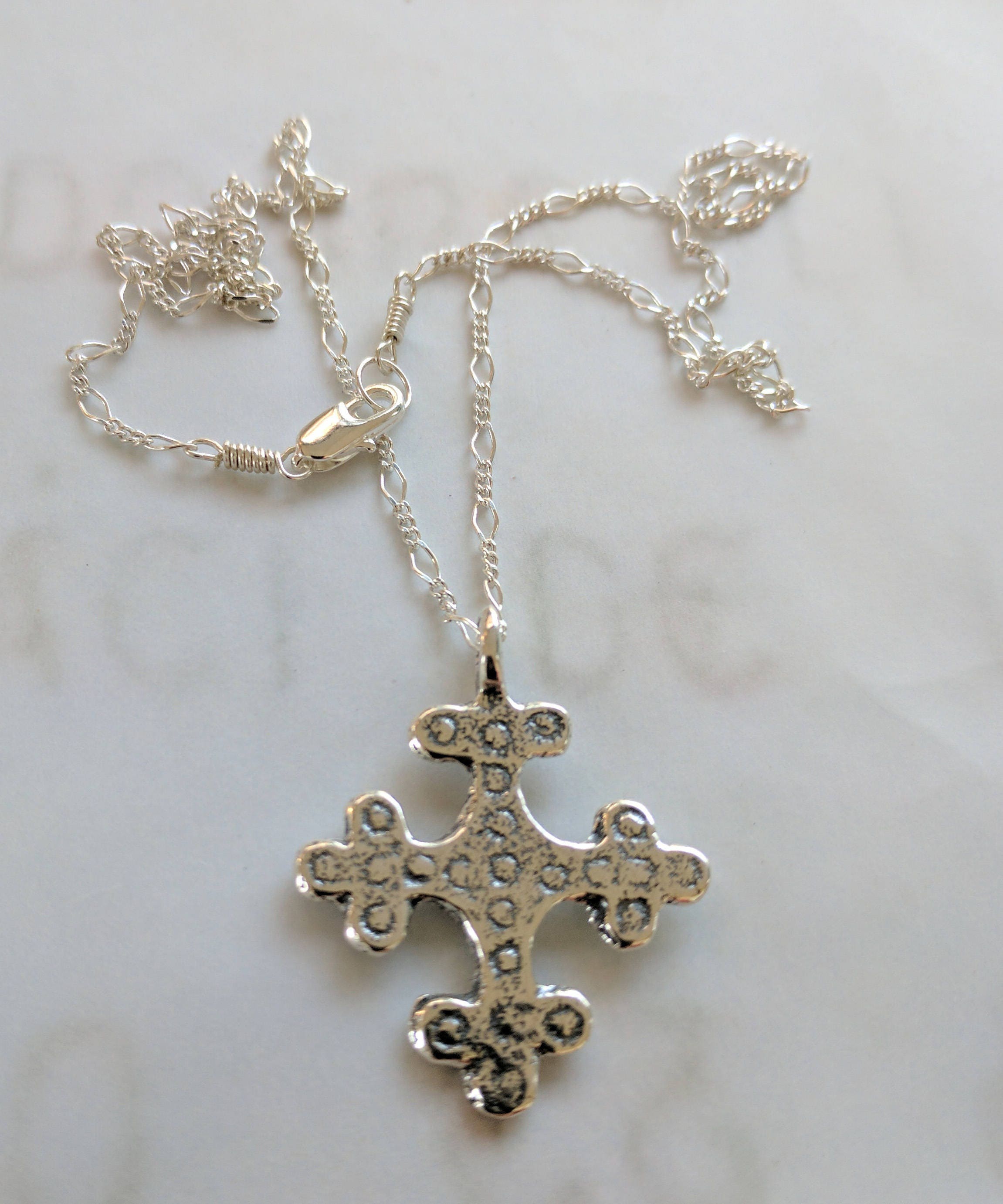 $56.00 USD3 available
Buy Now
This Rare Crusader Cross has been recast in sterling silver. The sterling silver Parisian Chain measures 18 inches in length and is unique.