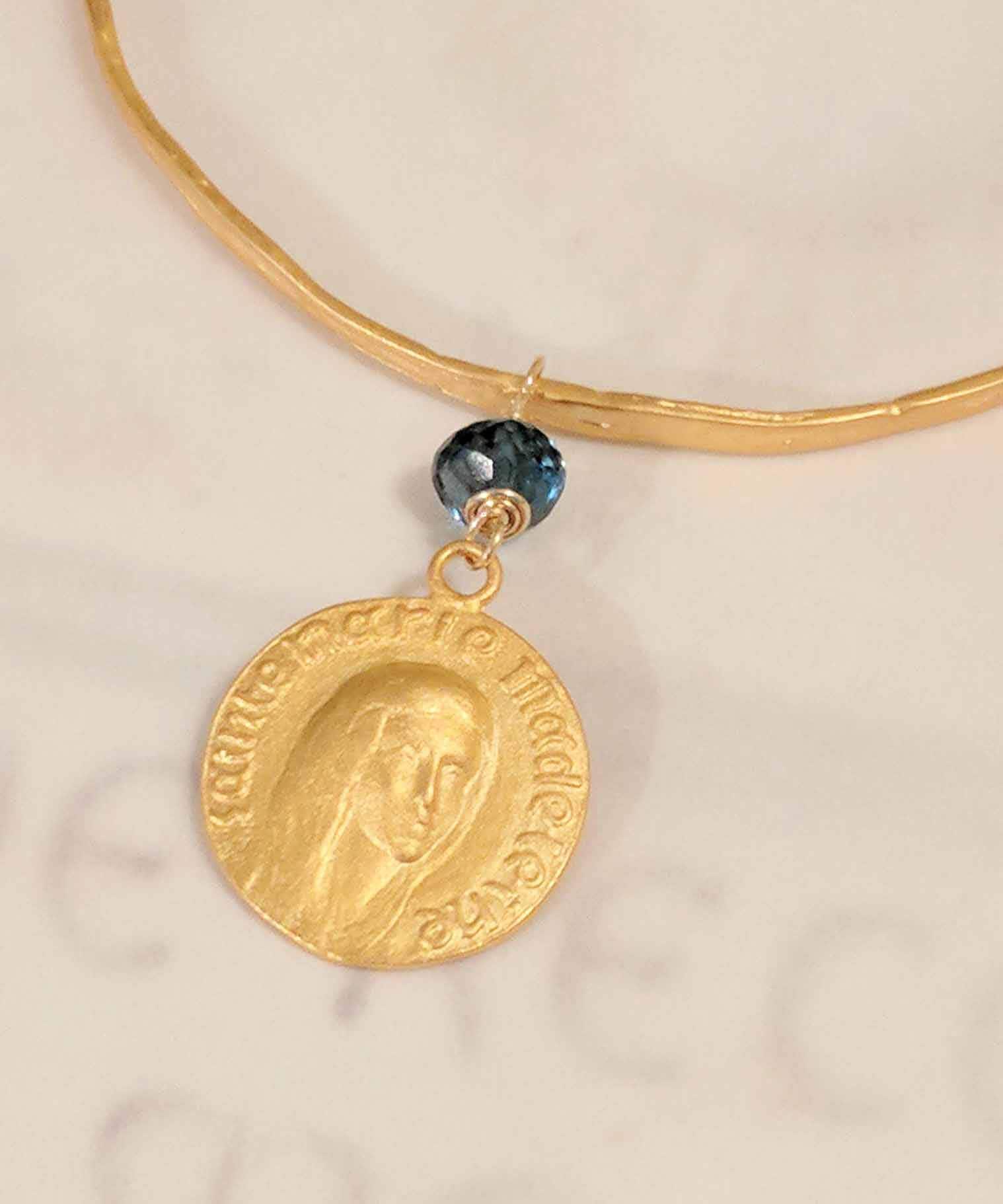 $70.00 USD1 available
Buy Now
This fashionable bangle bracelet is adorned with an 18K gold vermeil medal of Mary of Magdala crowned with a genuine London Topaz. The words on the medal are french: SAINTE MARIE MADELEINE. The bangle is also 18K gold vermeil.

BLUE TOPAZ
There are commonly three colors of blue topaz. SKY BLUE, SWISS BLUE, and LONDON BLUE. All of the colors are produced using a combination of heat treatment along with various kinds of irradiating processes. The color is permanent and will not fade. LONDON BLUE is the darkest of the three but very slightly greenish blue in hue.