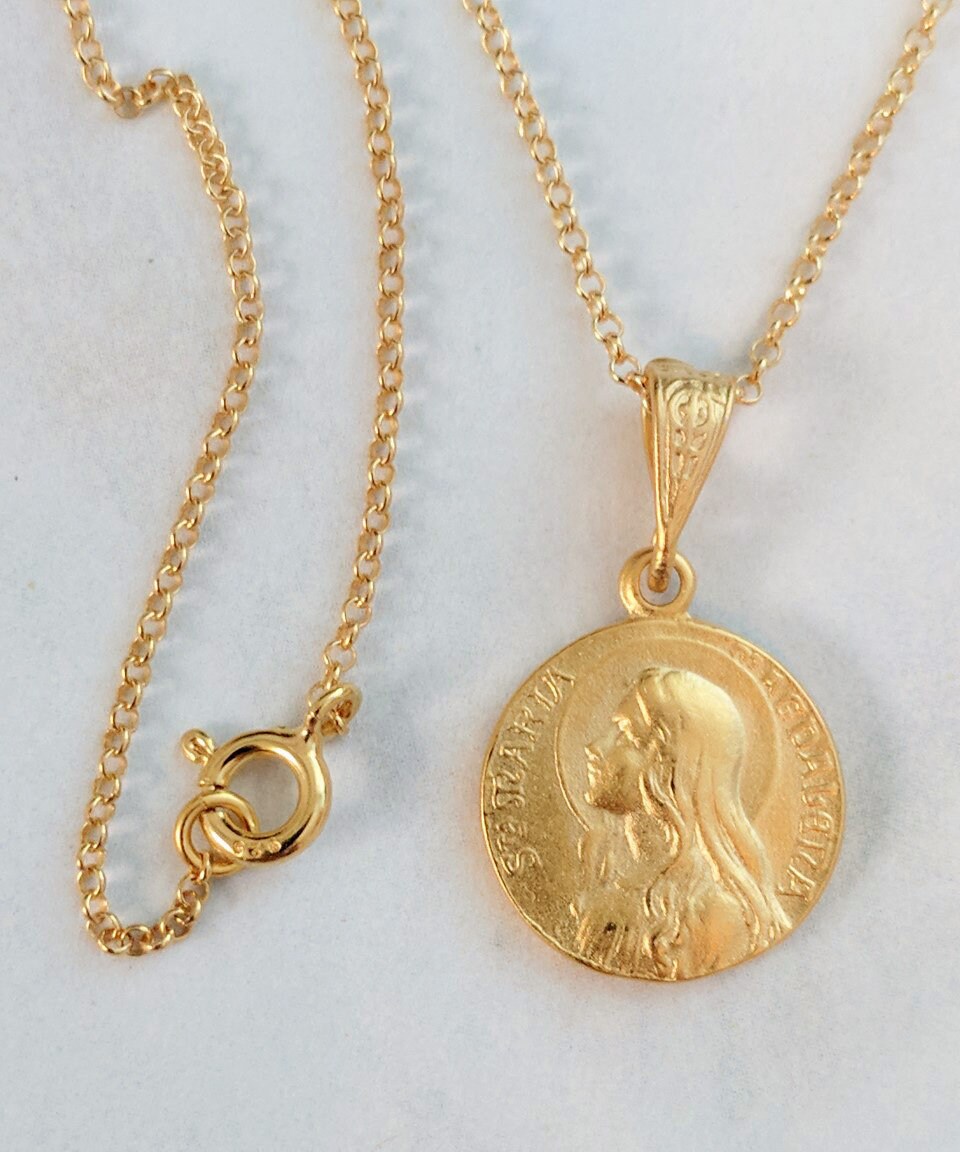 $59.00 USD13 available
Buy Now
This is a beautiful 18K gold vermeil medal of Saint Mary Magdalene with her flowing long hair and halo, with the words "Sta MARIA MAGDALENA" surrounding her head. The reverse of the medal is embellished with flowers and the words "Svn DE LA Ste BAUME." The medal hangs from an 18 inch Italian gold vermeil chain.