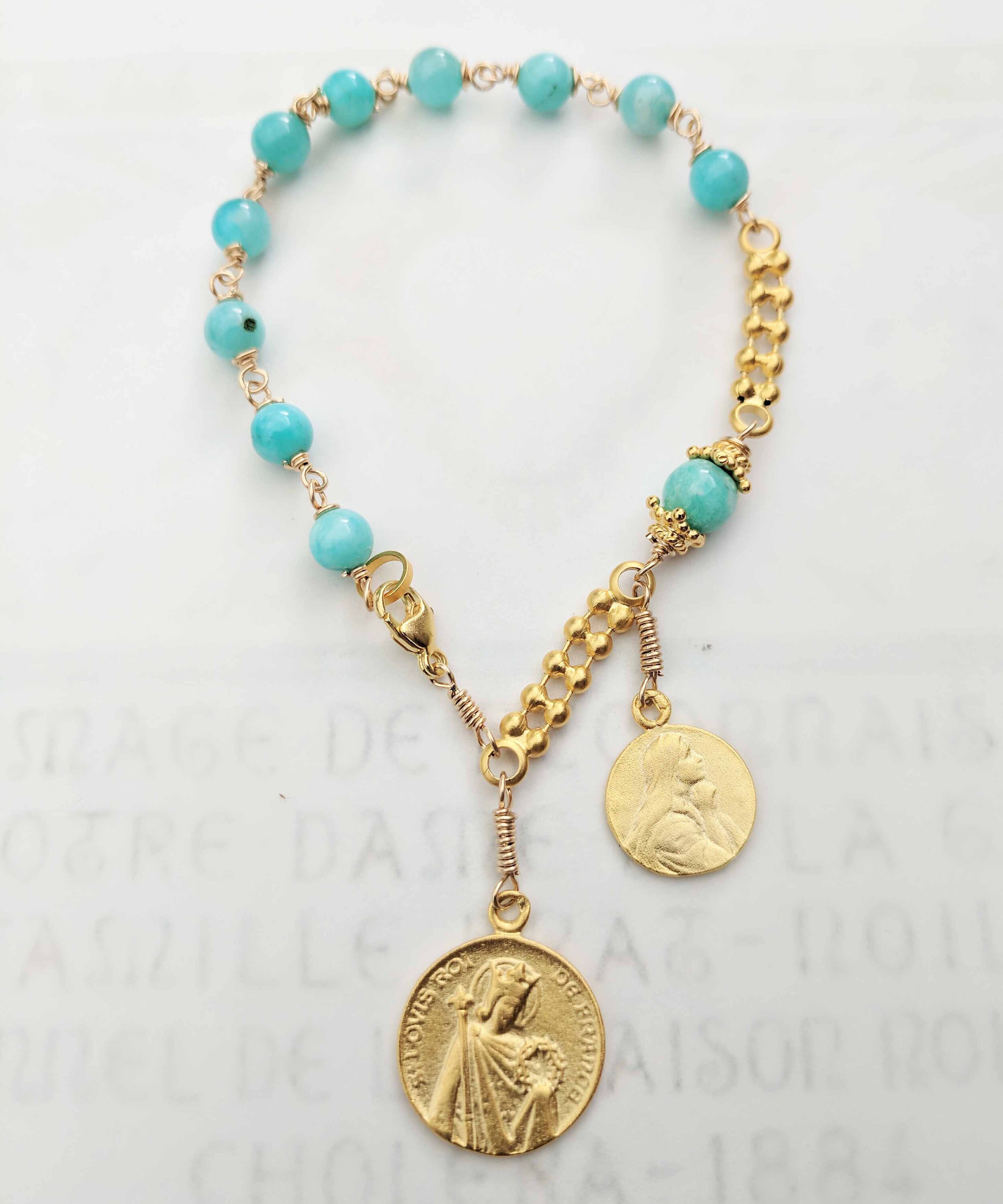 King Louis had a great devotion to Saint Mary Magdalene and therefore the bracelet also includes an 18K gold vermeil medal of Mary of Magdala. The ten Hail Marys are amazonite and wire wrapped with gold filled wire, the Our Father amazonite is capped with crowns on either side. I found this tiny crown on my last visit to Paris on the Ile Saint Louis (named after King Louis), the tiny island in the center of Paris, and had it recast in sterling silver and plated in 18K gold.

ST LOUIS IX - KING OF FRANCE, CRUSADER
Louis was born on 25 April 1214 at Poissy, near Paris, the son of Louis VIII of France and Blanche of Castile. At the time of his birth his grandfather, Philip II, was King of France. Louis was 9 years old when his grandfather died and his father became King Louis VIII. When Louis was 12 years old his father died, and a month later Louis was crowned king at Reims cathedral. Because he was so young his mother ruled France as regent for a number of years.

In the spring of 1254 King Louis IX and his army returned to France. He and his entourage climbed the mountain to the Cave of La Sainte-Baume to give thanks for their safe return from the CRUSADES. There is a placque in the cave that commemmorates this visit with the words “Visitee par S Louis a son retour de la Terre Sainte” or “Visited by Saint Louis on his return of the Holy Land.”