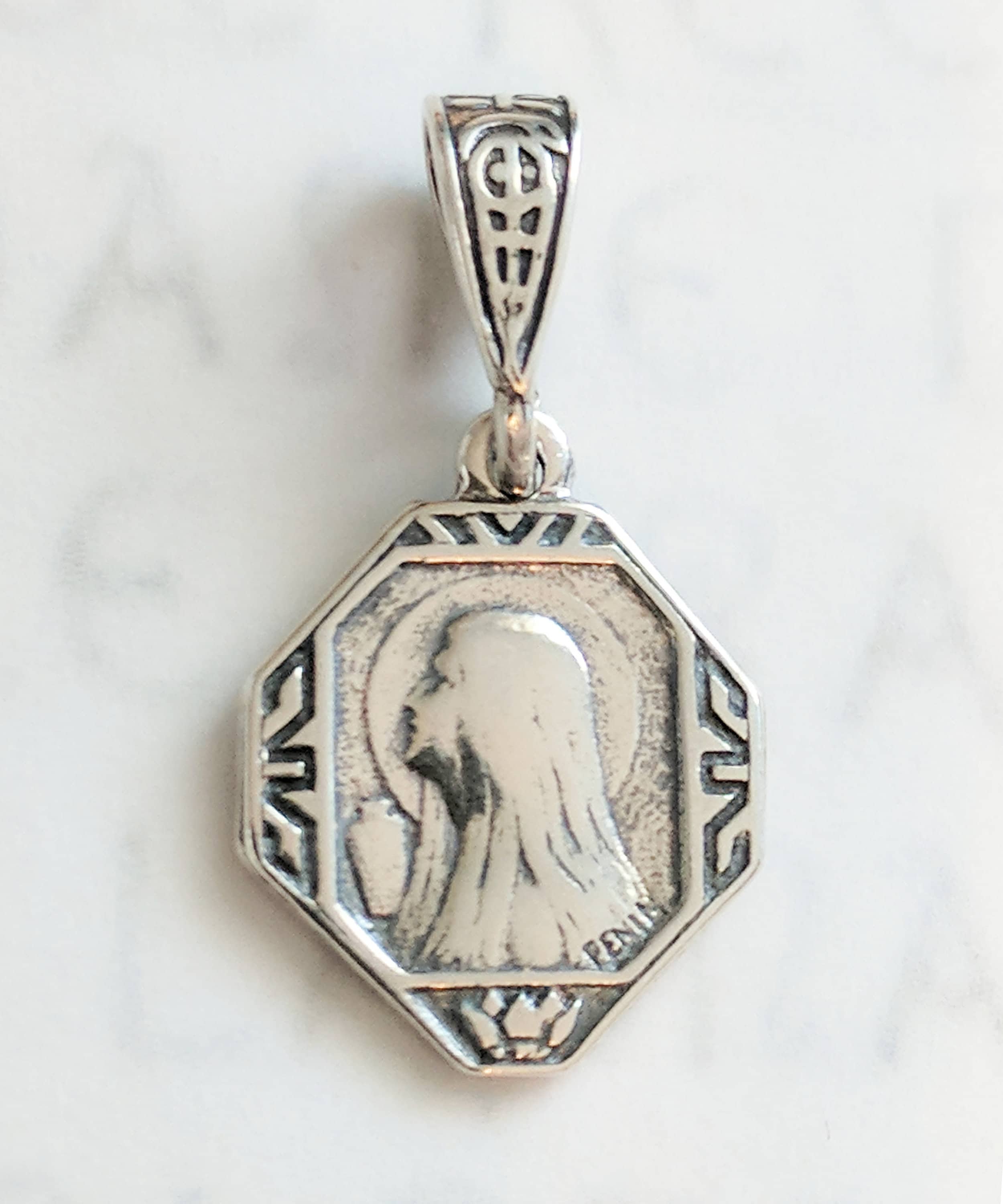 $24.00 USD6 available
Buy Now
This antique French medal of Mary of Magdala is one of many in my collection and has been recast in sterling silver. Her alabaster jar is prominent in the design. On the reverse is a tiny cross and the words "Souvenir de la Sainte Baume," which have partially faded from wear. The medal was designed by French medalist Ludovic Penin of Lyon (1830-1868). Both Penin's father and grandfather were also French medalist. Ludovic Penin had the title of pontifical engraver granted in 1864 by Pope Pius IX .