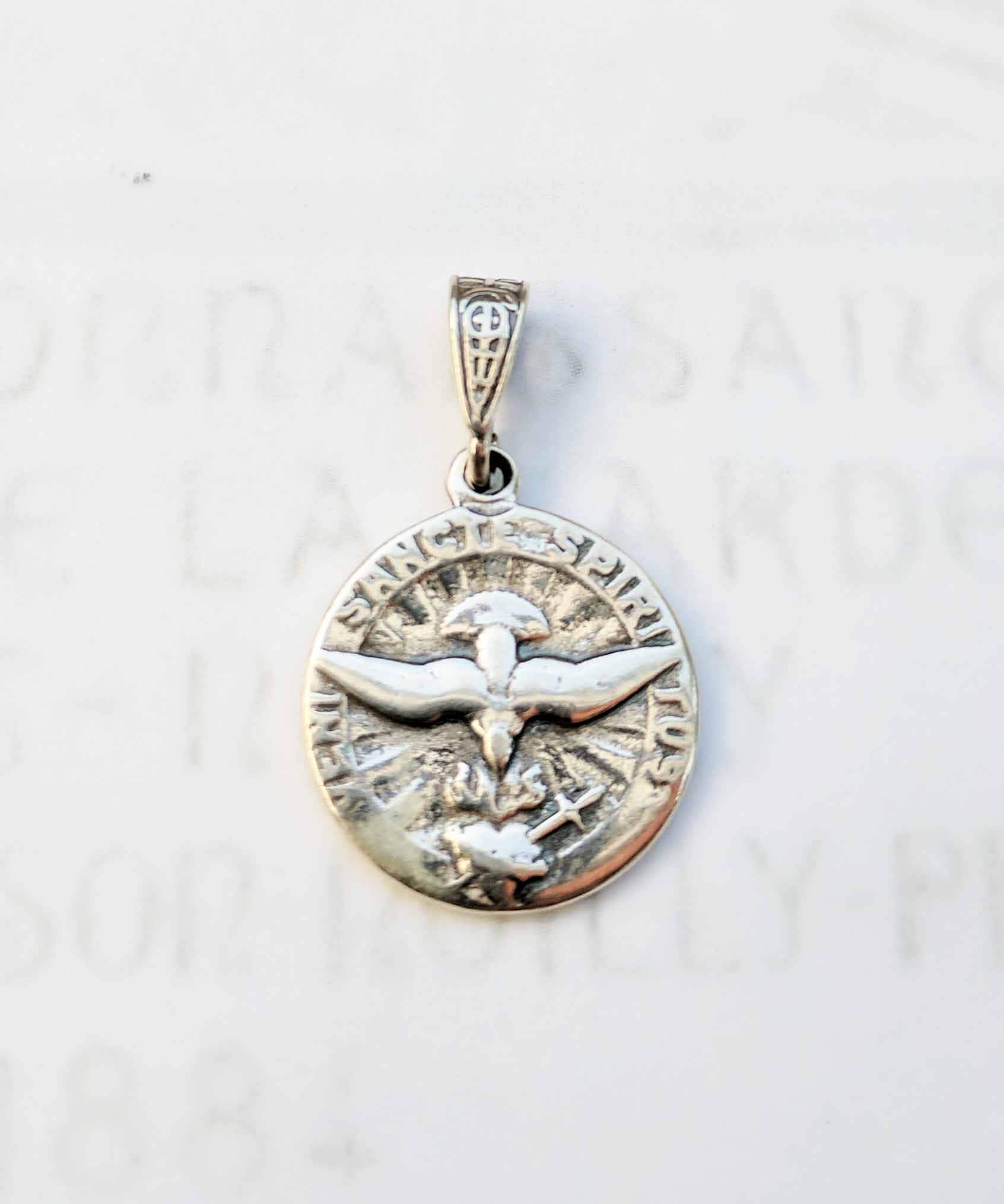 $37.00 USD10 available
Buy Now
This Holy Spirit medal is made of sterling silver and measures 17.5mm in diameter. It is a wonderful gift to give someone for their Confirmation.