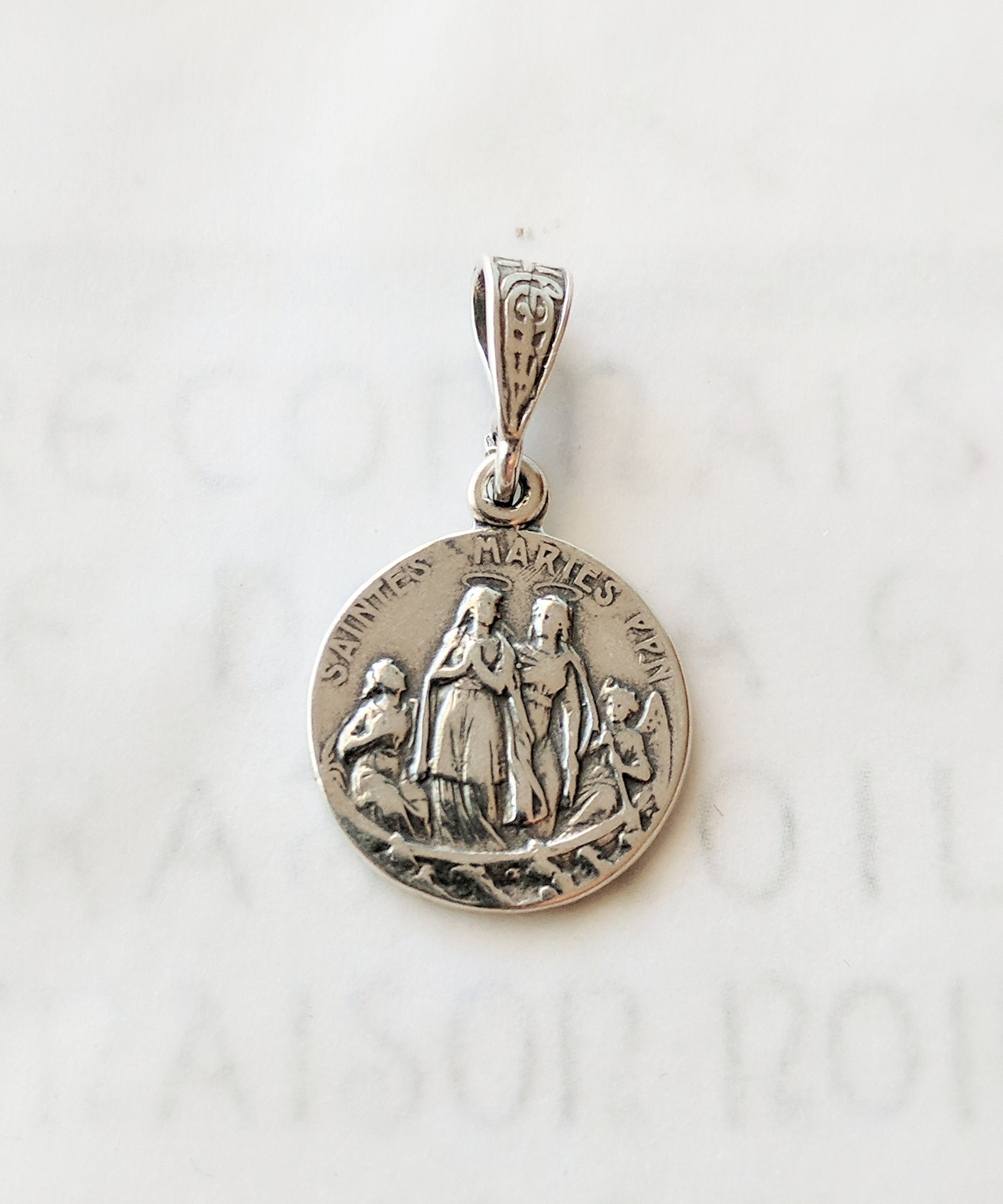 $26.00 USD1 available
Buy Now
This vintage French medal of the SAINTES MARIES has been recast. On the reverse is the BASILIQUE built on the spot where the two Marys (Saint Mary Jacobe & Saint Mary Salome) lived in the first century and died. Their relics remain in this church today. Saint Mary Jacobe is the mother of the apostle James the less, who became the first bishop of Jerusalem. Saint Mary Salome is the mother of the apostles John and James the greater.