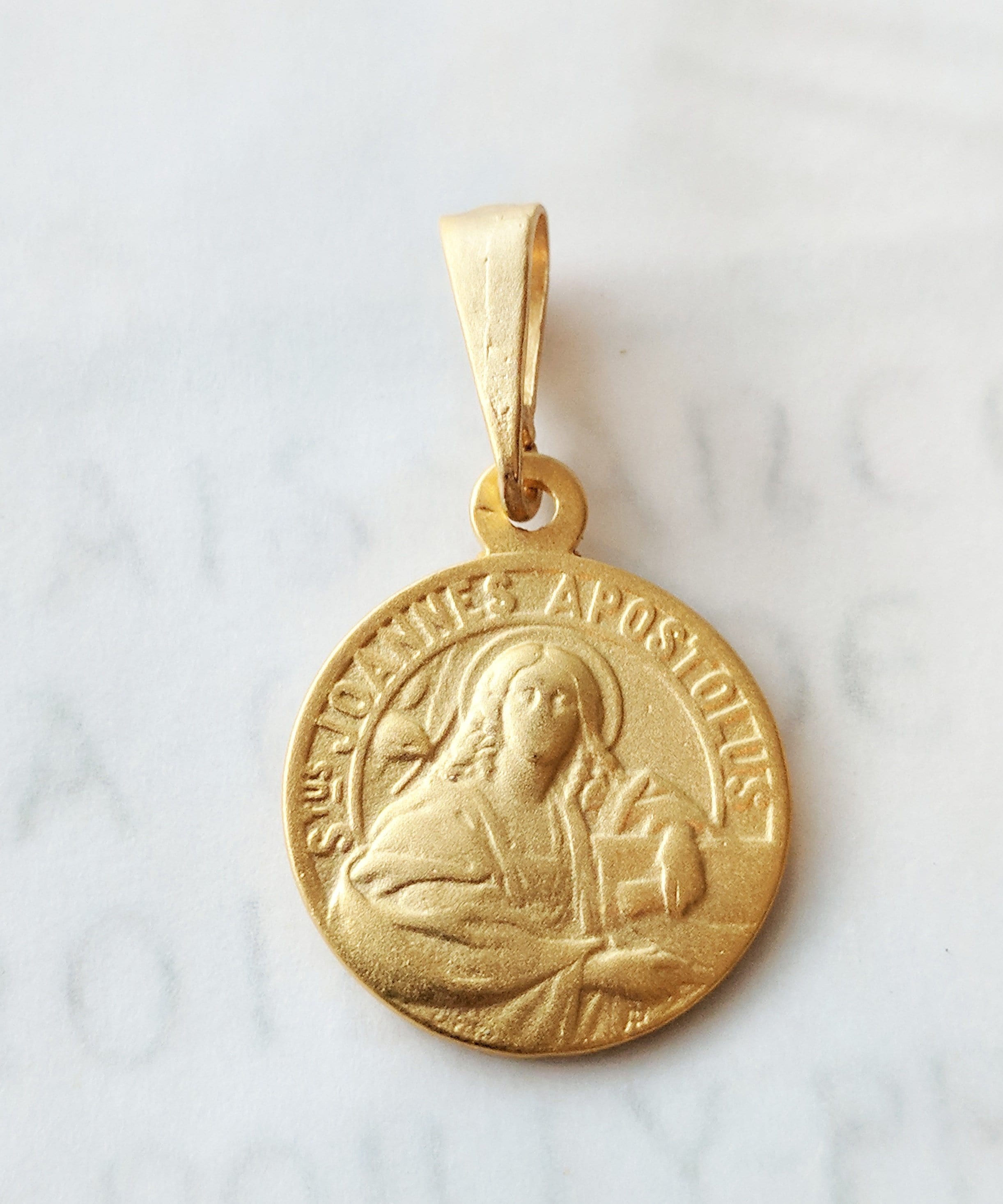 $35.00 USD1 available
Buy Now
This vintage medal of St John the Apostle is made of 18K gold vermeil and measures 19mm in diameter.

JOHN THE BELOVED, also known as “John the Evangelist,” was the son of Zebedee and Mary Salomé and lived near Bethsaida. John’s older brother, James the greater, was also a disciple of Jesus. Zebedee and his sons were fishermen.

Jesus Calls His First Disciples: When he had gone a little farther, he saw James son of Zebedee and his brother John in a boat, preparing their nets. Without delay he called them, and they left their father Zebedee in the boat with the hired men and followed him. Mark 1:19-20

The Transfiguration: About eight days after Jesus said this, he took Peter, John and James with him and went up onto a mountain to pray. As he was praying, the appearance of his face changed, and his clothes became as bright as a flash of lightning. Two men, Moses and Elijah, appeared in glorious splendor, talking with Jesus. They spoke about his departure, which he was about to bring to fulfillment at Jerusalem. Peter and his companions were very sleepy, but when they became fully awake, they saw his glory and the two men standing with him. As the men were leaving Jesus, Peter said to him, “Master, it is good for us to be here. Let us put up three shelters—one for you, one for Moses and one for Elijah.” (He did not know what he was saying.)