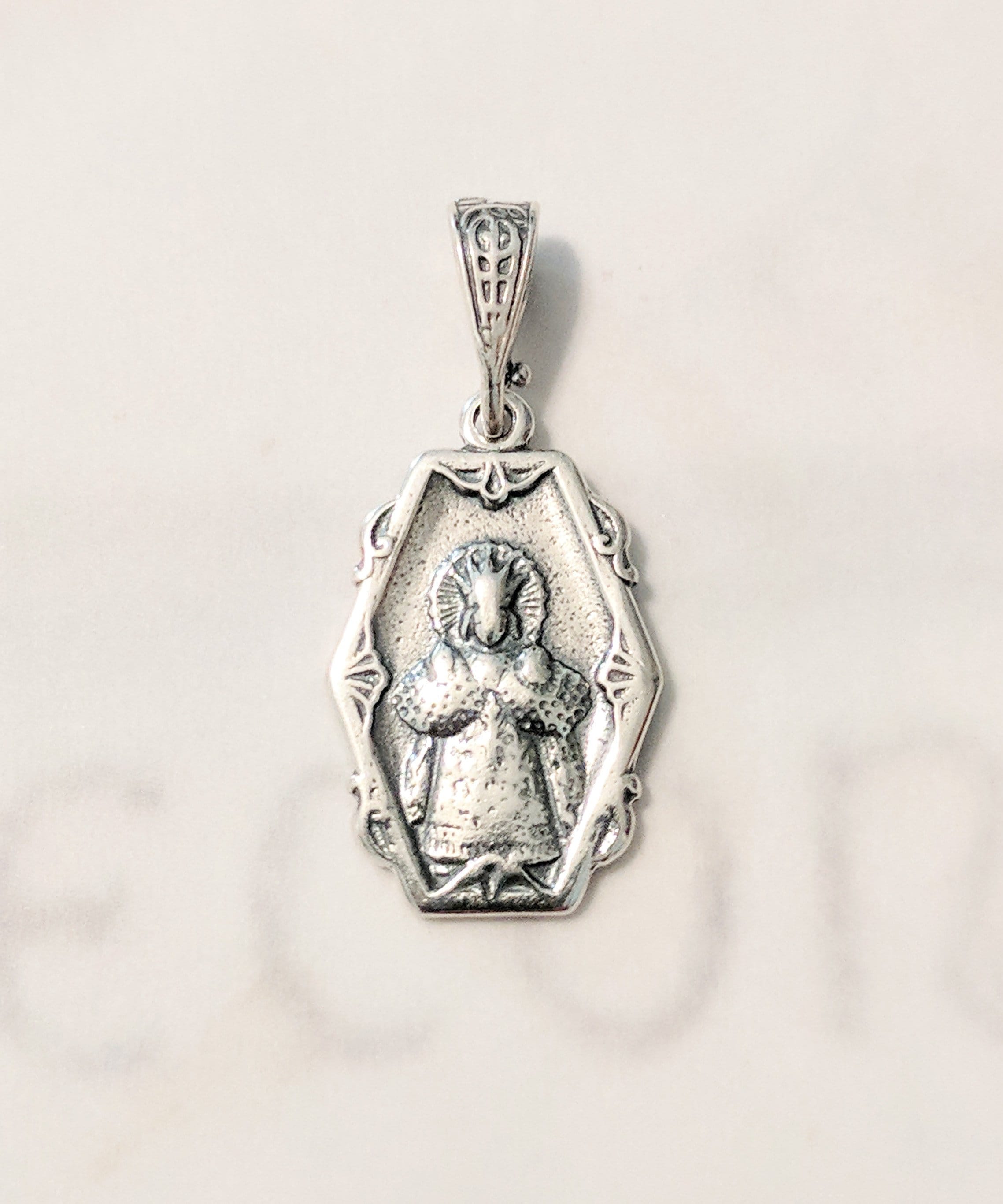 $30.00 USD1 available
Buy Now
This tiny Infant Jesus of Prague medal is made of sterling silver. The design is lovely and includes the Sacred Heart of Jesus on the reverse.