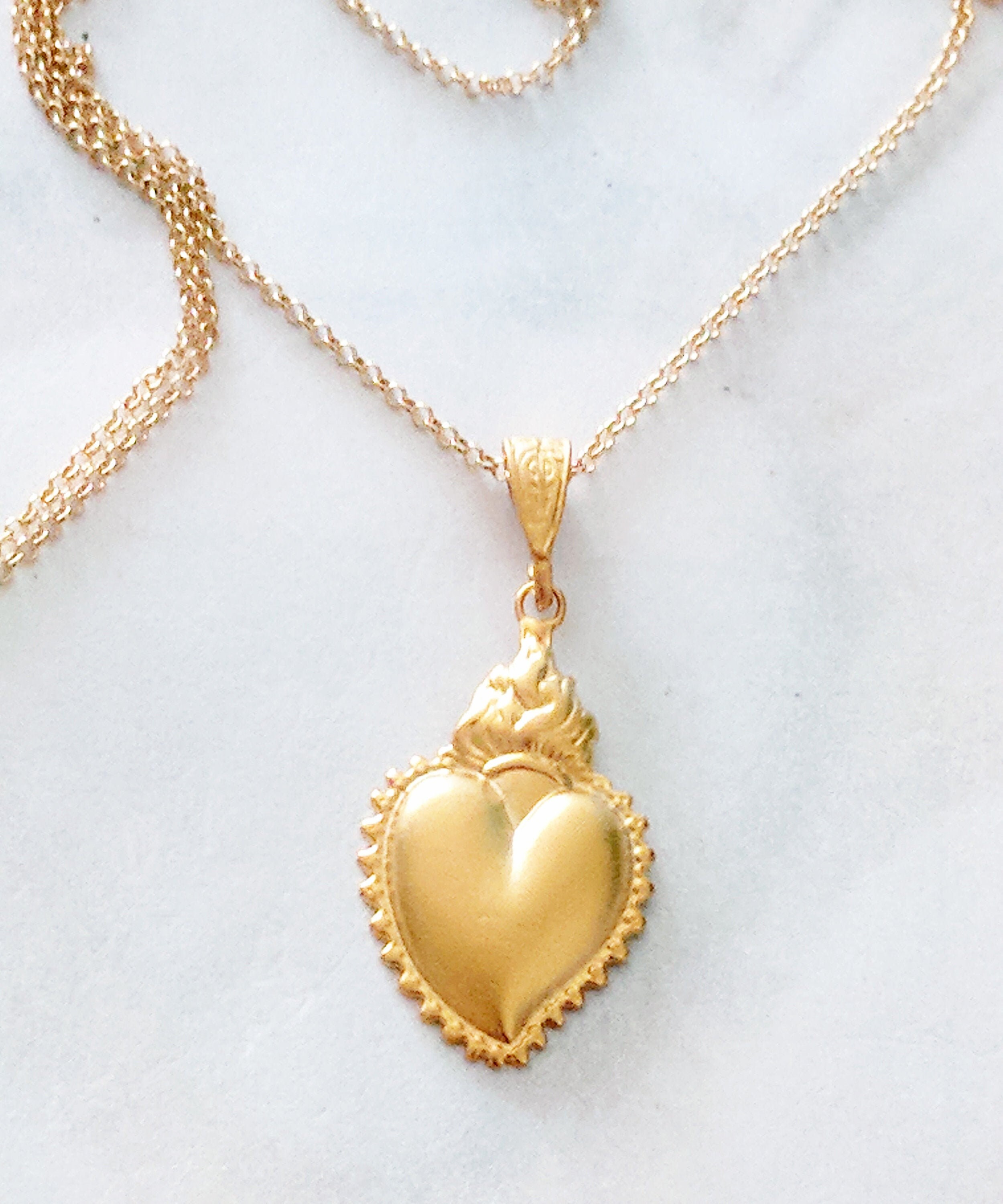 $75.00 USD18 available
Buy Now
This solid Sacred Heart of Jesus medal is made of sterling silver and plated with 18K gold and measures 18x27mm. It hangs from an 18 inch Italian 18K gold vermeil chain.