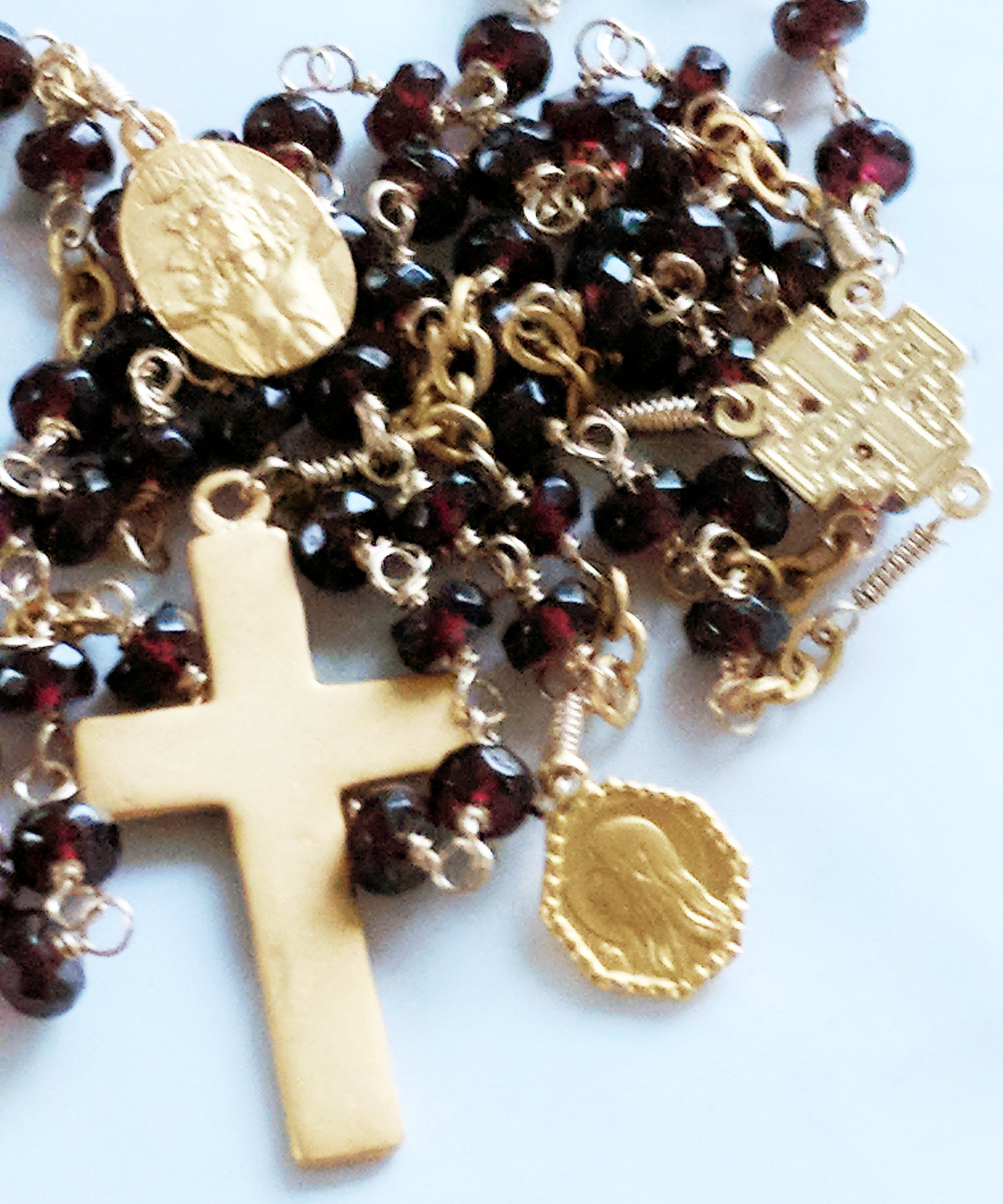 The rosary measures 18 3/4 inches from the middle of the third decade of Hail Marys to the end of the Cross.

The garnet rosary comes with a rosary box and a HOW TO PRAY THE ROSARY card.