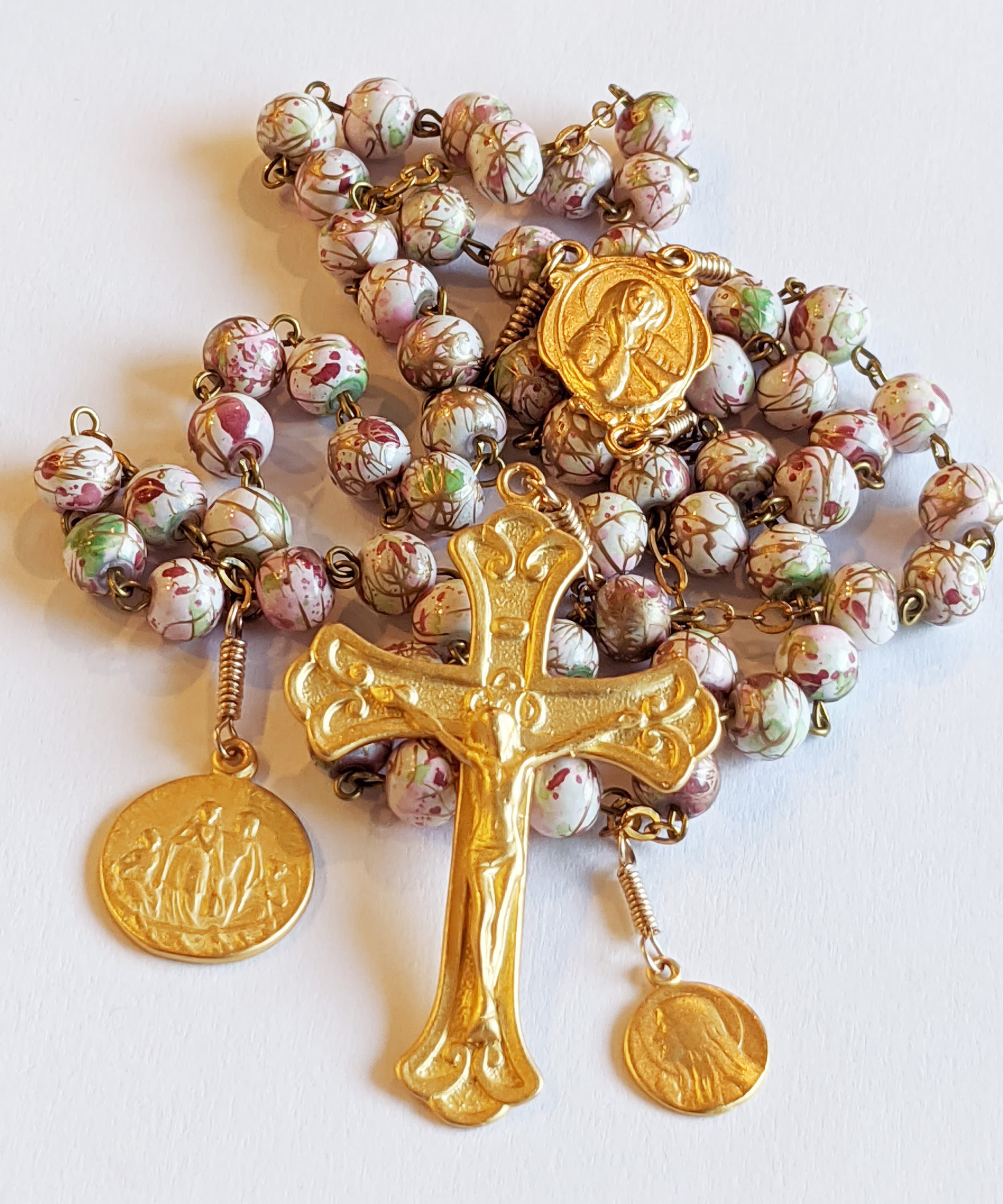 $0.00 USD0 available
Buy Now
I made this rosary with hand-painted French glass beads, wire-wrapping the French glass beads and chain with gold filled wire. It is complete with an 18K gold vermeil Saint Mary Magdalene medal and an 18K gold medal of the Saintes-Maries (the other two Marys at the empty tomb). The crucifix, center and medal are 18K gold vermeil. The center has Our Sorrowful Mother on one side and the Sacred Heart of Jesus on the other.

From the end of the crucifix to the middle of the third decade the rosary measures 19 inches. Included is a HOW TO PRAY THE ROSARY CARD.

Our Sorrowful Mother's SEVEN SORROWS - The Seven Sorrows (or Dolors) are events in the life of the Blessed Virgin Mary: