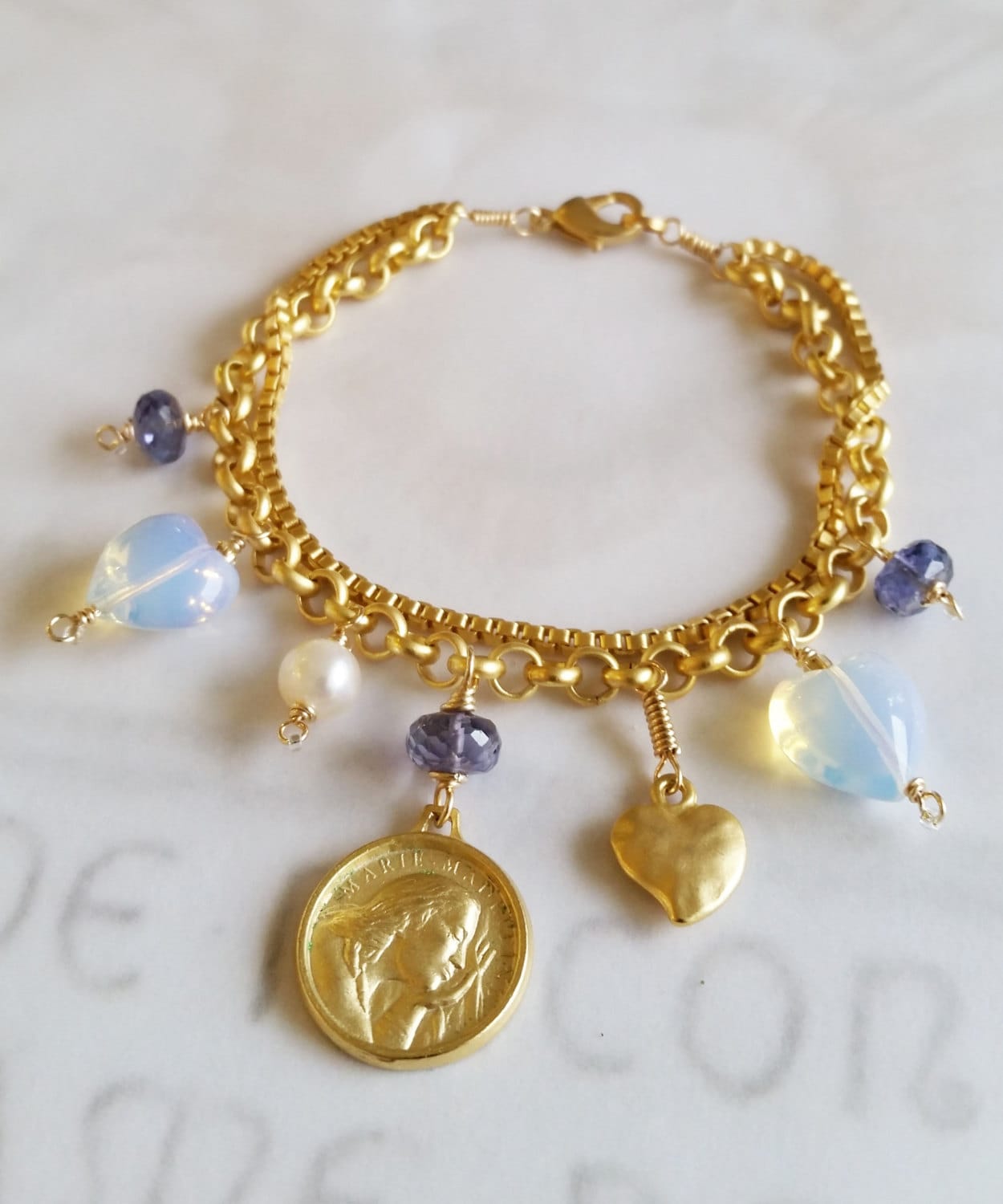 $96.00 USD1 available
Buy Now
This beautiful Saint Mary Magdalene charm bracelet is made with a double Parisian chain that has been plated in 18K gold. The center charm is a medal of Marie Madeleine showing her weeping at the feet of Jesus after he has been carried off the cross. The Pieta Statue which is the inspiration lies outside the Cave of La Sainte-Baume in the South of France. The statue captures the three of them - Jesus is lying over his Mother's lap and Mary Magdalene is weeping at his feet. The reverse of the metal has the words "Grotte de Marie-Madeleine Sainte-Baume."

IOLITE comes from the Greek word for violet. Gem quality iolite varies in color from sapphire blue to blue violet to yellowish gray to light blue as the light angle changes. Iolite is sometimes used as a substitute for sapphire. It is much softer than sapphires and is abundantly found in Australia (Northern Territory), Brazil, Burma, Canada (Yellowknife area of the Northwest Territories), India, Madagascar, Namibia, Sri Lanka, Tanzania and the United States (Connecticut).