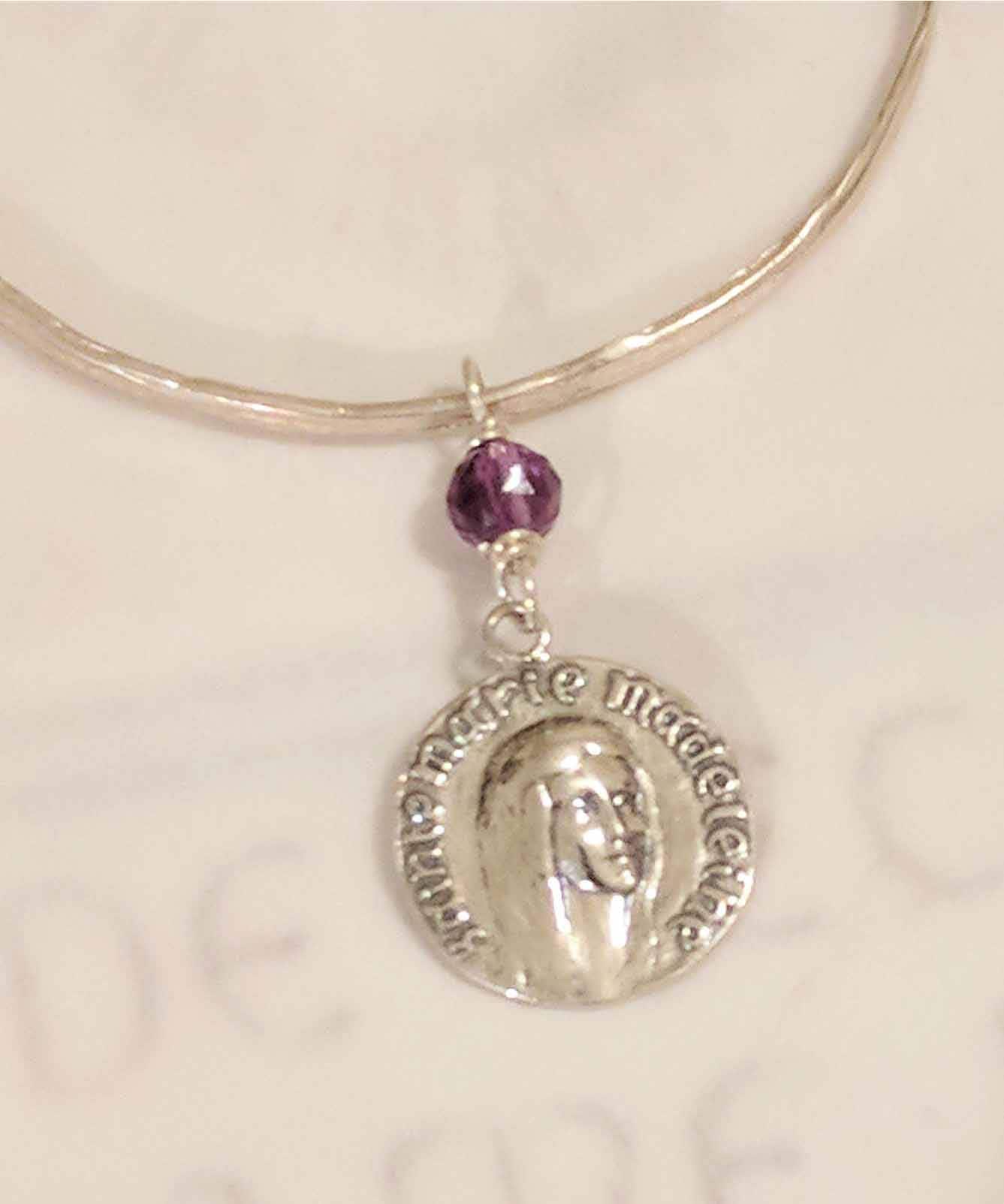 $54.00 USD1 available
Buy Now
This fashionable bangle bracelet is adorned with a sterling silver medal of Mary of Magdala crowned with a genuine amethyst. The words on the medal are french: SAINTE MARIE MADELEINE. The bangle is also sterling silver.

AMETHYST has been a prized gem for centuries. It is the birthstone for Pisces and the month of February, and the gemstone for the 6th anniversary of marriage. The stone is included in royal collections all over the world, from ancient Egypt to the British crown jewels. Ancient civilizations prized the stone more than many gems, which today, enjoy more recognition and value, including the sapphire and the ruby. In olden times, Amethyst saw its place in the Christian church, worn on Bishops’ rings. The royal purple color used to symbolize Christ. Saint Valentine was thought to wear a ring set with an antique Amethyst carved with an image of Cupid. The stone is also a symbol of Saint Matthias.