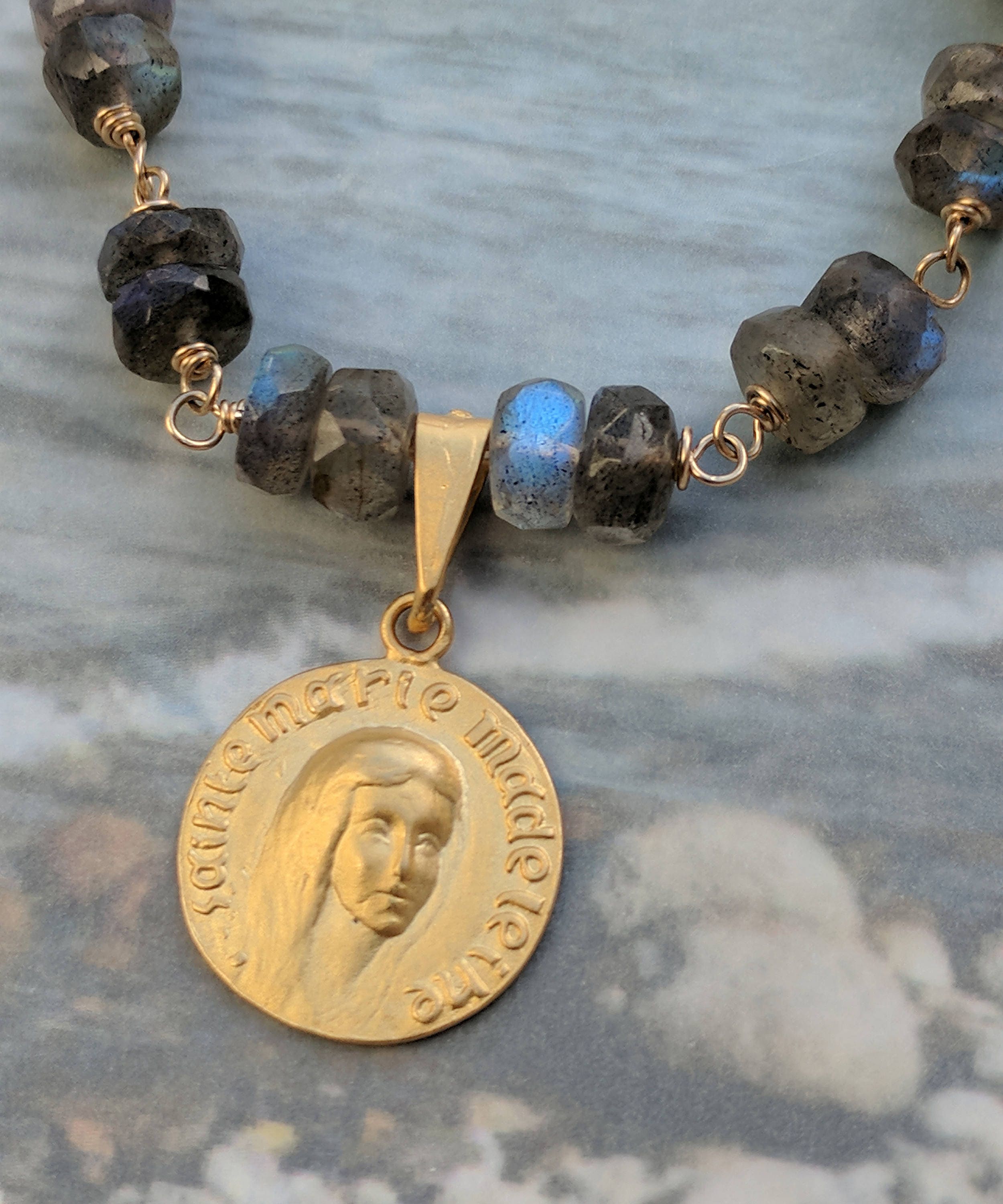 $91.00 USD1 available
Buy Now
This Mary of Magdala bracelet is made with genuine labradorite stones wire wrapped in gold filled wire. The medal has her name in French - SAINTE MARIE MADELEINE, for it was in France that Mary of Magdala spent the last thirty years of her life. The fish at the end of the bracelet is symbolic of the abundance of fish caught in the Sea of Galilee near Magdala, salted and then sold and shipped as a delicacy to many towns in the Roman Empire.