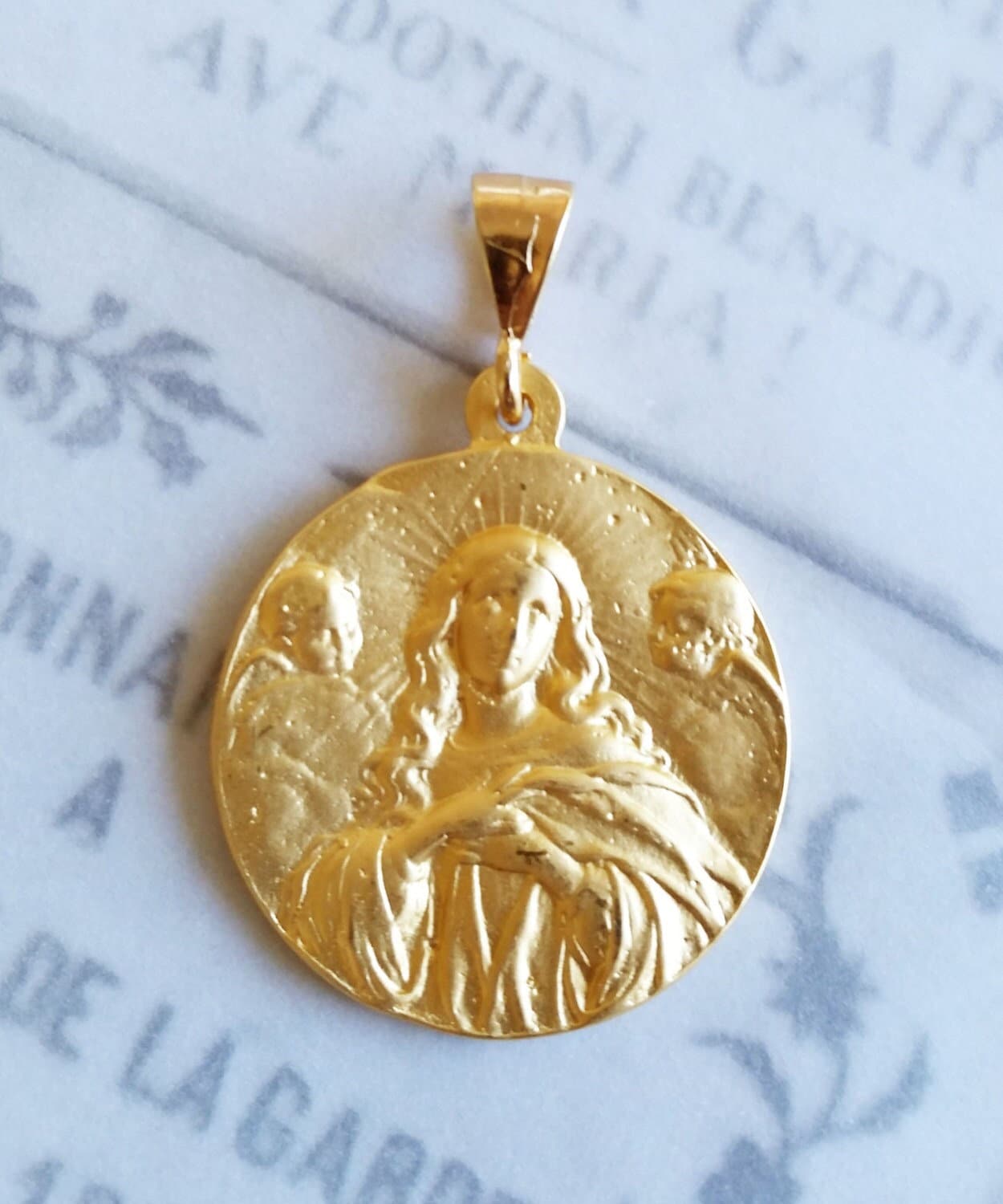 The last photo in the sequence of five shown of this medal is a photo taken in the Cave of La Sainte-Baume in the South of France of the statue of Saint Mary Magdalene raised up by angels.