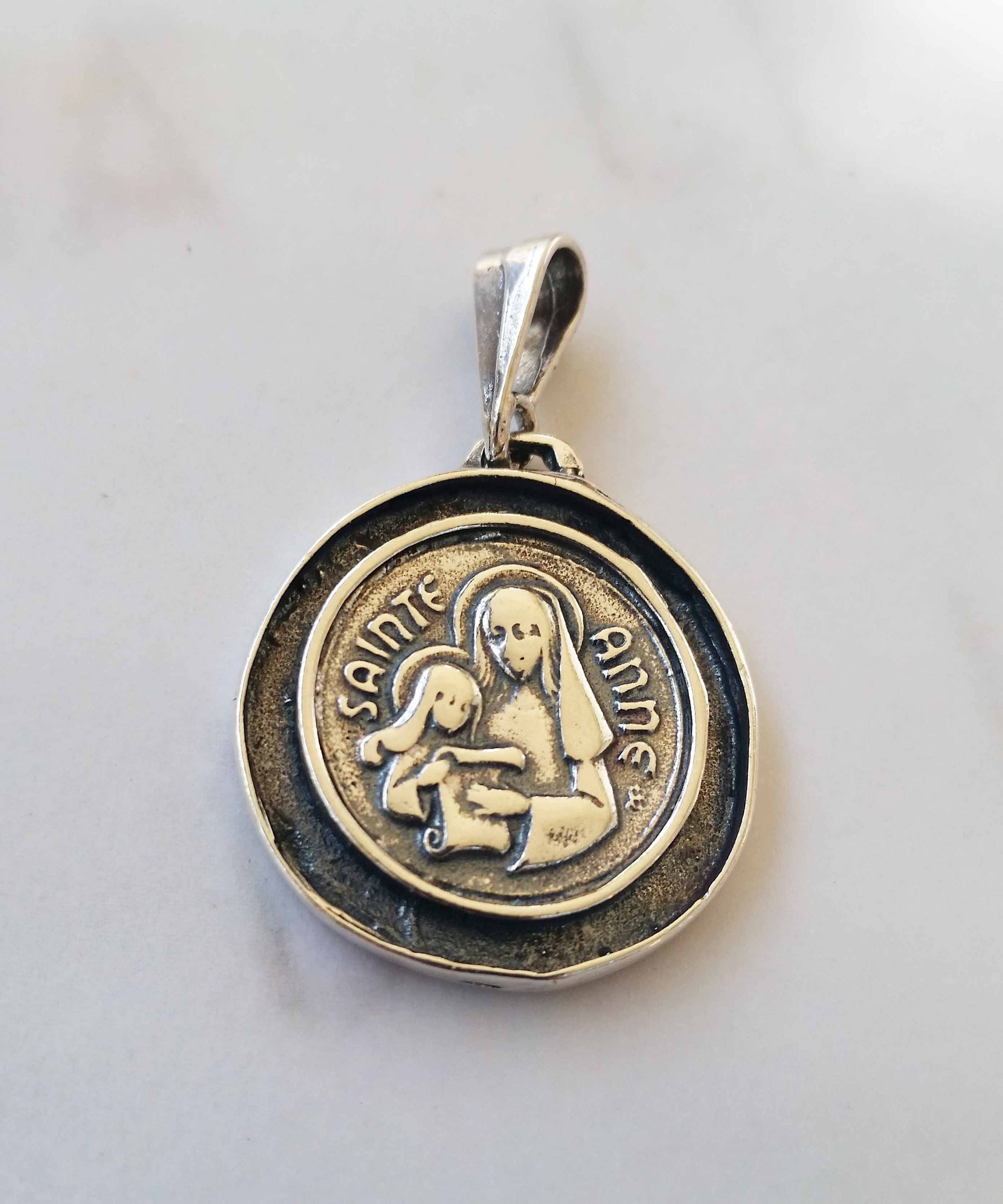 $0.00 USD0 available
Buy Now
The antique French medal of Saint Anne has been recast in sterling silver. A beautiful gift for a mother.

Sainte Anne, of David's house and line, was the mother of the Virgin Mary. In this sterling silver medal she is shown with her daughter Mary, the Mother of Jesus.

ANNE IN ARABIC IS HANNAH, meaning "favor" or "grace."
Hannah was recognised as a highly spiritual woman and as the mother of Mary. The Qur'an describes her as the daughter of Faqud who remained childless until her old age. One day, Hannah saw a bird feeding its young while sitting in the shade of a tree, which awakened her desire to have children of her own. She prayed for a child and eventually conceived; her husband, Imran, died before the child was born. Expecting the child to be male, Hannah vowed to dedicate him to isolation and service in the Second Temple. However, Hannah bore a daughter instead, and named her Mary. Her words upon delivering Mary reflect her status as a great mystic, realizing that while she had wanted a son, this daughter was God's gift to her.

July 26th is the feast of Saint Anne.