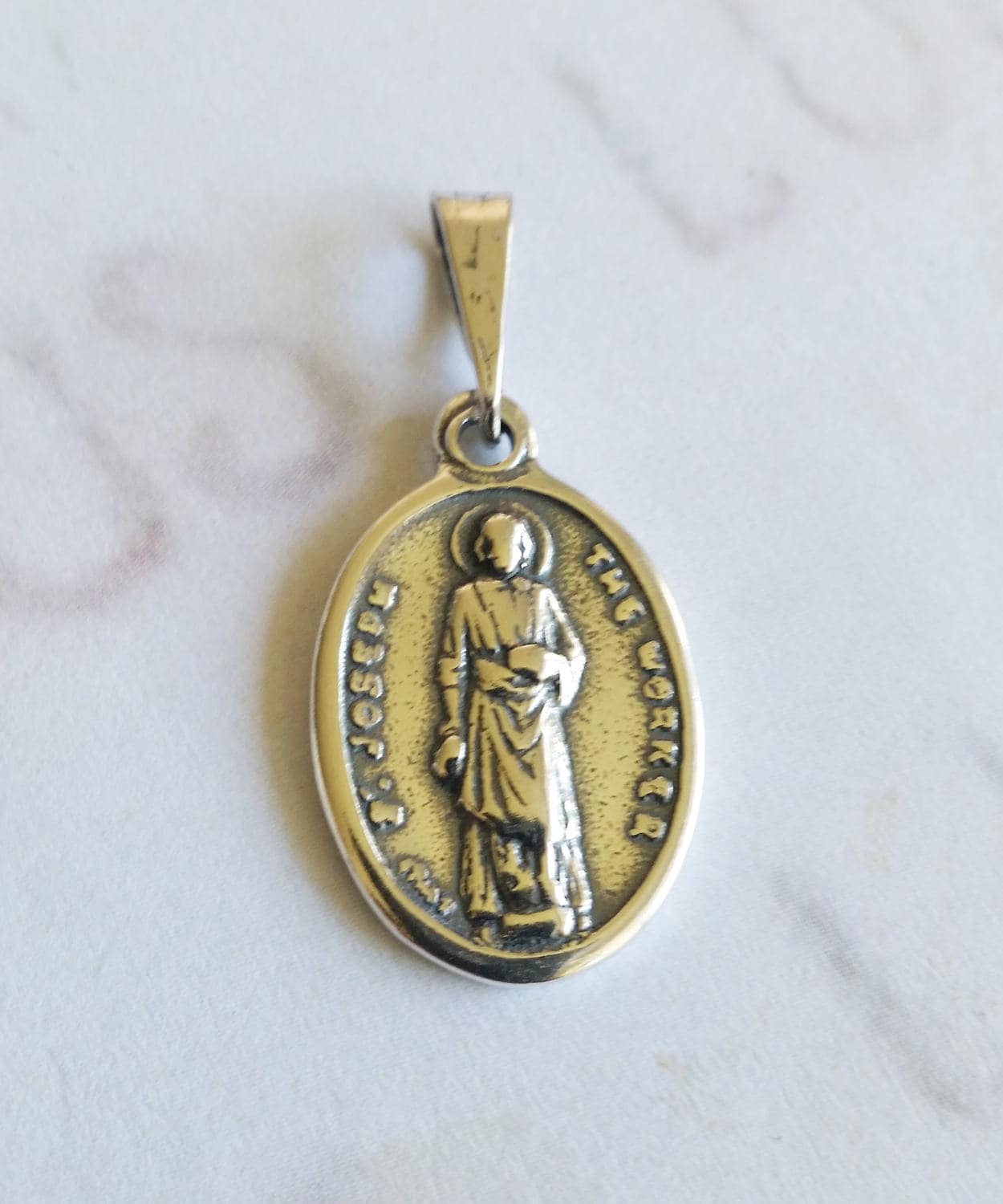 $27.00 USD2 available
Buy Now
This Saint Joseph the Worker medal is made of sterling silver. The reverse of the medal implores St Joseph to PRAY FOR US.

ST JOSEPH THE WORKER - To foster deep devotion to Saint Joseph among Catholics, and in response to the “May Day” celebrations for workers sponsored by Communists, Pope Pius XII instituted May 1st as the feast of Saint Joseph the Worker in 1955. This feast extends the long relationship between Joseph and the cause of workers in both Catholic faith and devotion. Beginning in the Book of Genesis, the dignity of human work has long been celebrated as a participation in the creative work of God. By work, humankind both fulfills the command found in Genesis to care for the earth (Gn 2:15) and to be productive in their labors. Saint Joseph, the carpenter and foster father of Jesus, is but one example of the holiness of human labor.