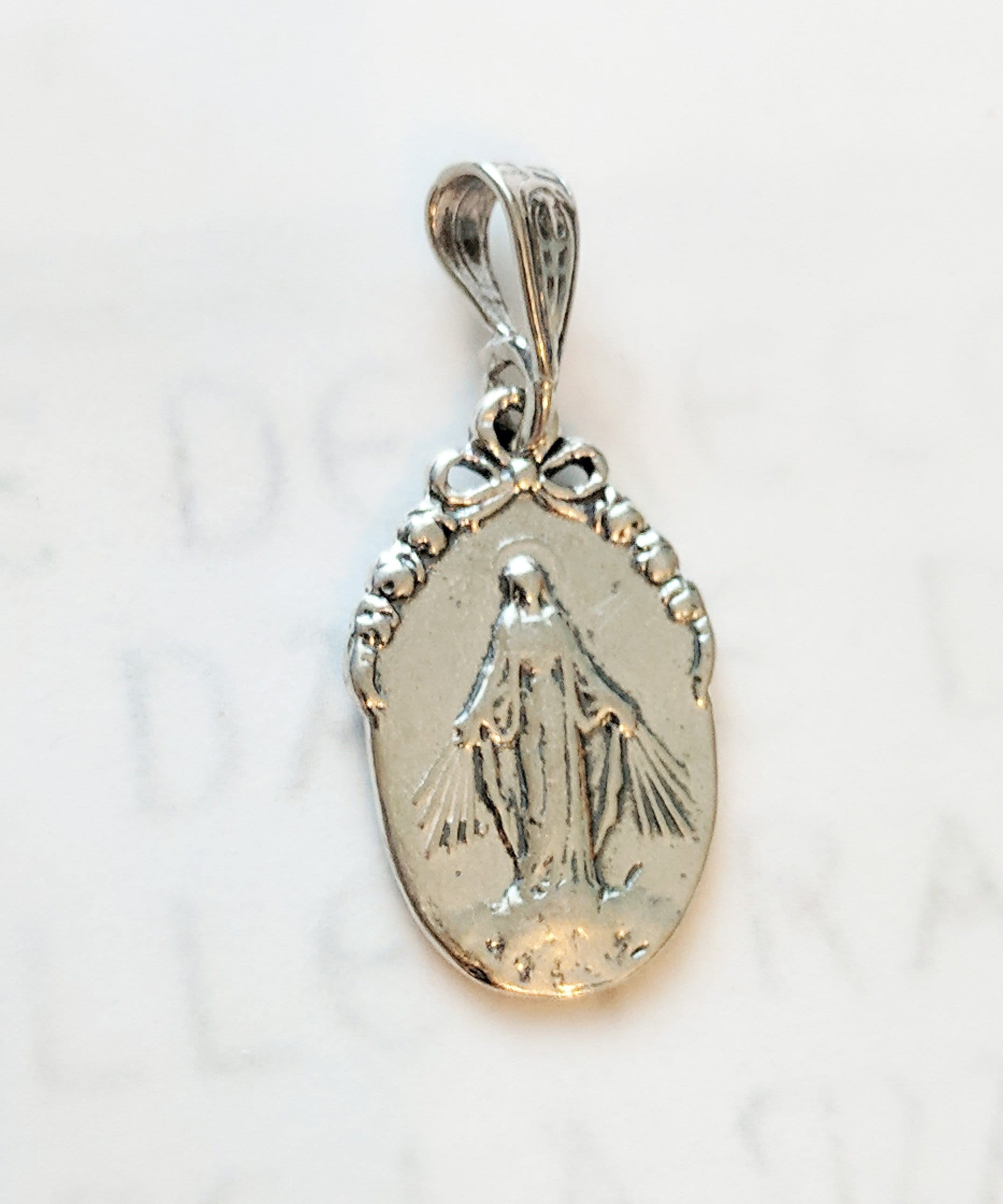 $26.00 USD2 available
Buy Now
The MIRACULOUS MEDAL (French: Médaille miraculeuse), also known as the Medal of the Immaculate Conception, is a medal, the design of which was originated by Saint Catherine Labouré following her vision of the Blessed Virgin Mary and made by goldsmith Adrien Vachette.

According to an account written by Catherine Labouré, Mary was clothed in a robe of auroral light and her robe had a high neck and plain sleeves. According to Catherine's notes, the medal should also have half a globe upon which Mary's feet rest, hands raised up to her waist, fingers filled with diamond rings of different sizes giving off rays of light, and a frame slightly oval with golden letters saying, "O Mary! conceived without sin, pray for us who have recourse to thee!" Her fingers each had three rings and the largest stones emitted the most brilliant rays. She added that some of the diamonds did not give off rays.

This small Miraculous Medal is delicately trimmed with roses and topped with a bow. It is made of sterling silver and measures 12.5 x 20mm.