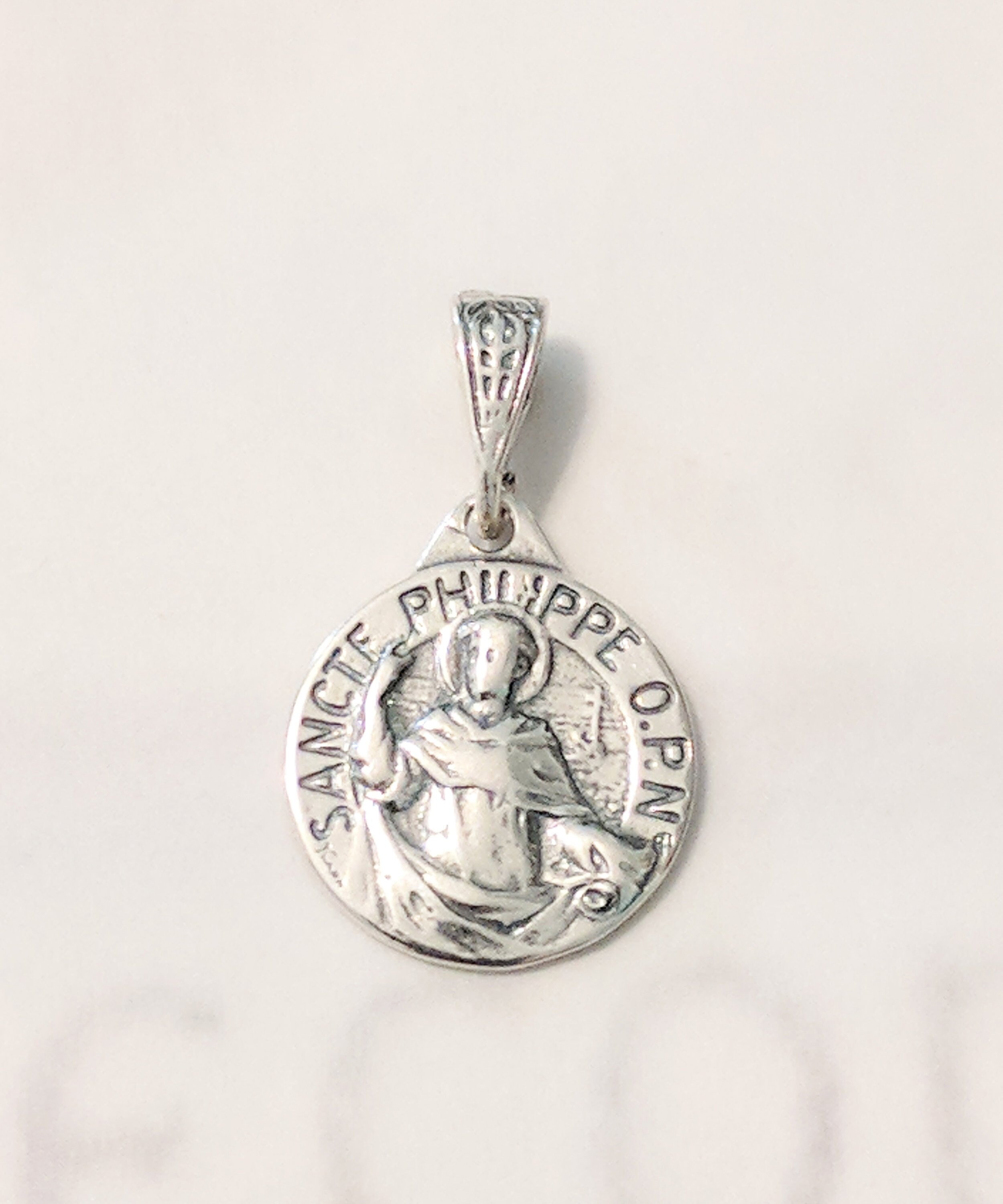 $24.00 USD4 available
Buy Now
This tiny medal of St Philip the Apostle measures 15mm in diameter and has the words "SANCTE PHILIPPE O.P.N." surrounding the image of Saint Philip.