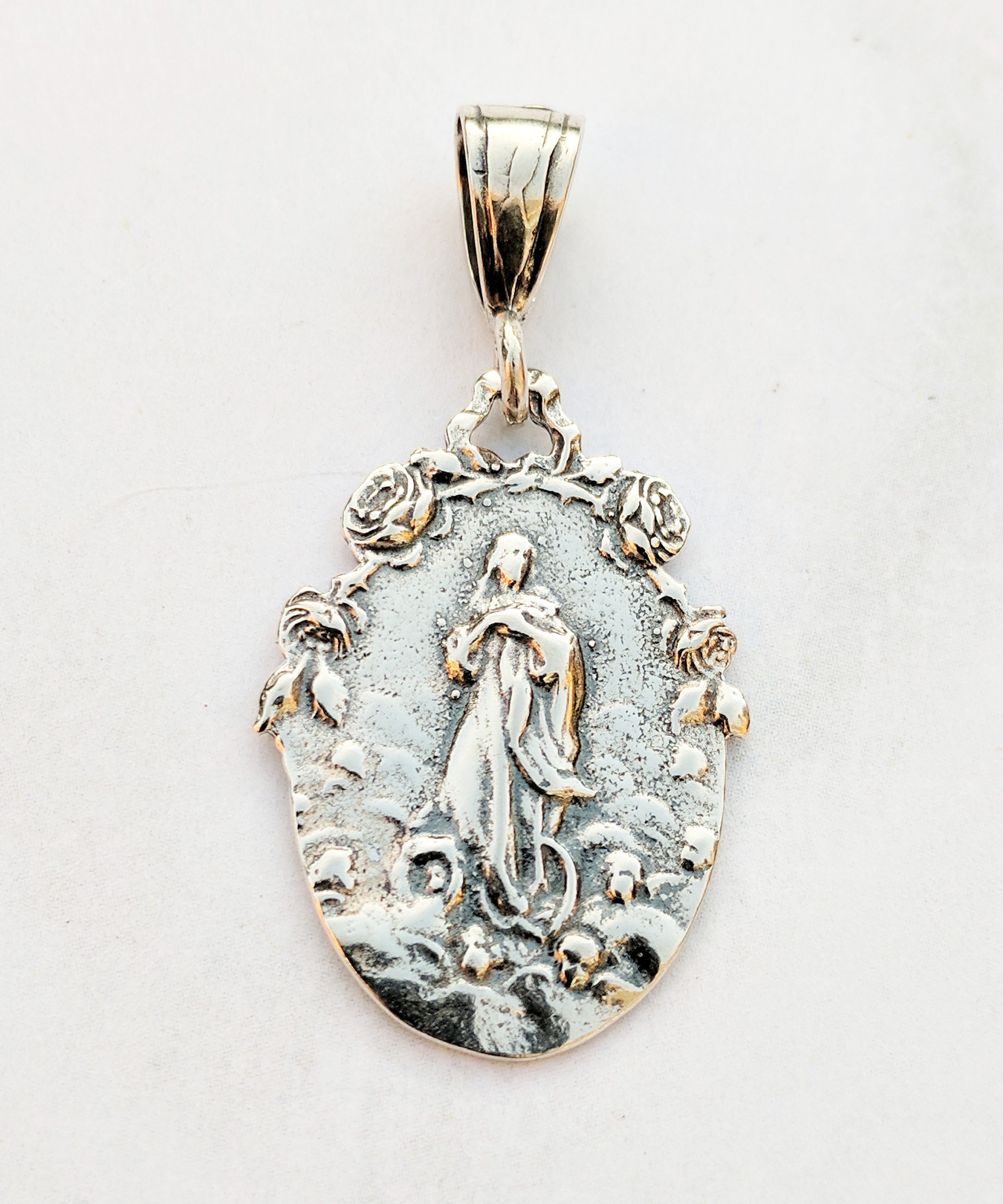 $69.00 USD1 available
Buy Now
This gorgeous sterling silver Saint Mary Magdalene medal depicts her being "Carried by Angels," as she was 7 times a day when she lived in La Sainte-Baume for thirty years in contemplation and prayer. The medal measures 22mm x 32mm without the bail. The reverse image is the Sacred Heart of Jesus. The medal on both sides is edges with beautiful roses.