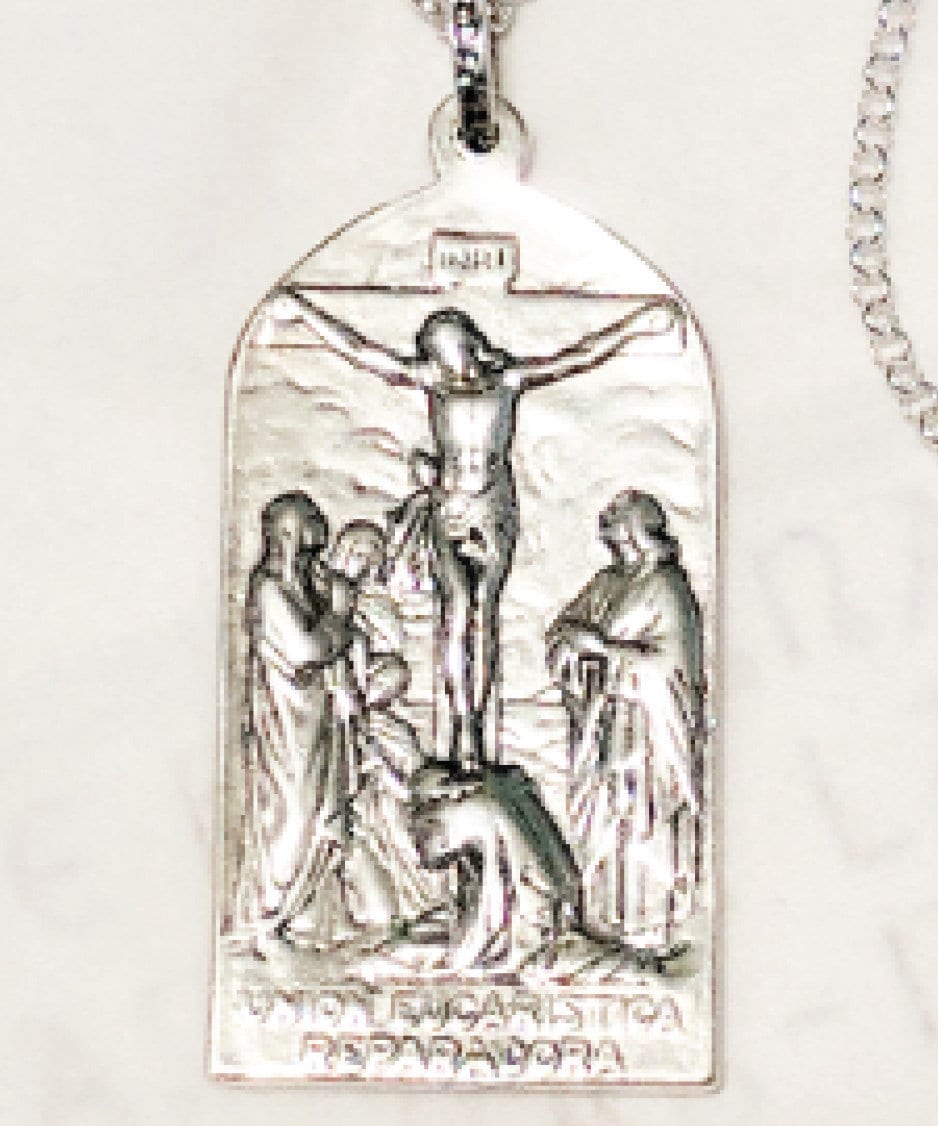 $80.00 USD2 available
Buy Now
This gorgeous medal depicts the three Marys at the foot of the cross (Mary Magdalene, Mary Jacobi & Mary Salome - the same three who went to the Empty Tomb on Easter morning). Also present is the Blessed Mother and John the beloved. This Crucifixion scene in sterling silver is large and measuring 21mm wide and 43mm high. The words written below the scene are: "UNION EUCARISTICA REPARADORA".