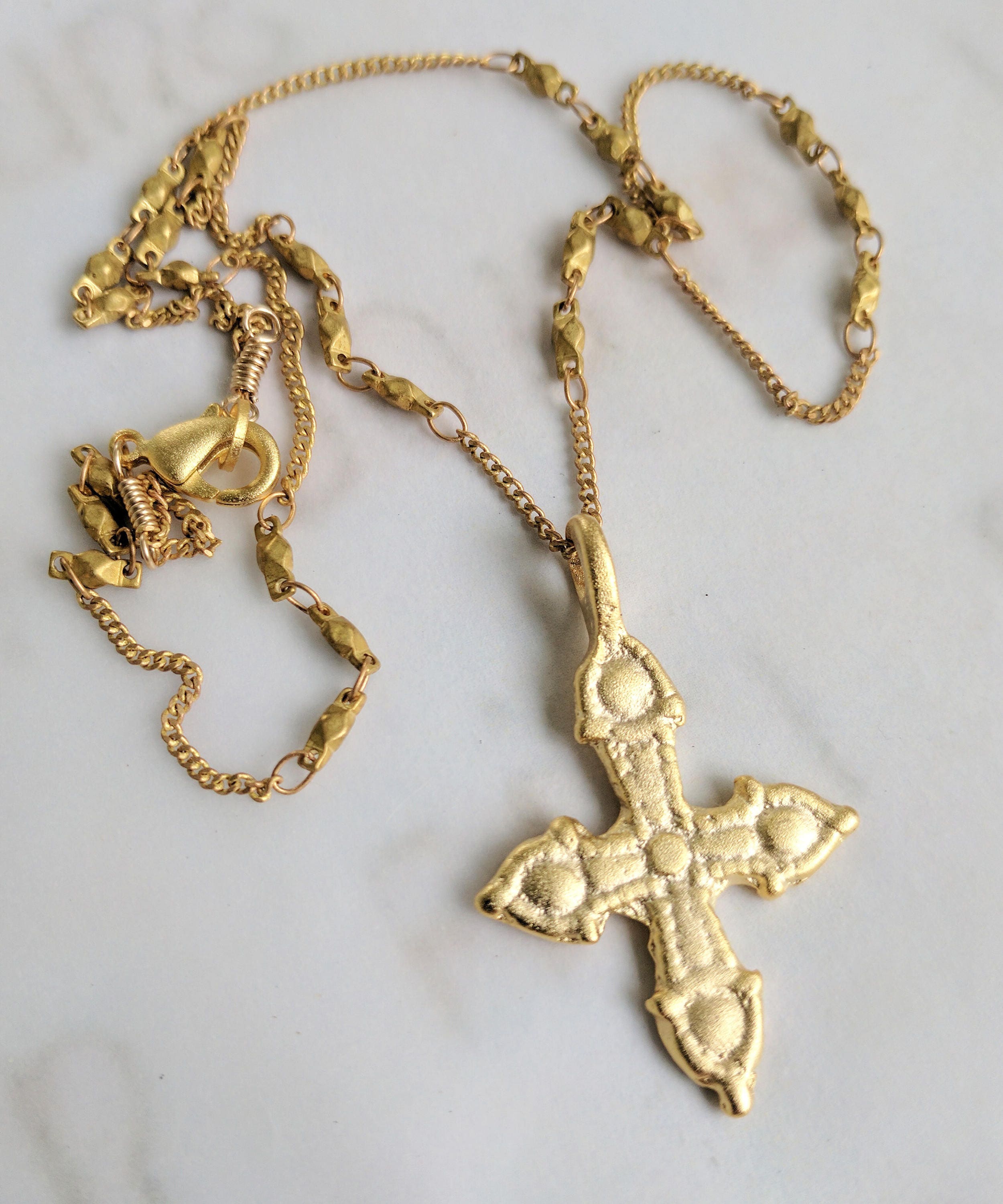 $71.00 USD2 available
Buy Now
This Rare Crusader Cross has been recast in sterling silver and then plated in 18K gold (18K gold vermeil). The ornate Parisian Chain has been plated to match the Cross, measures 18 inches in length and is unique.