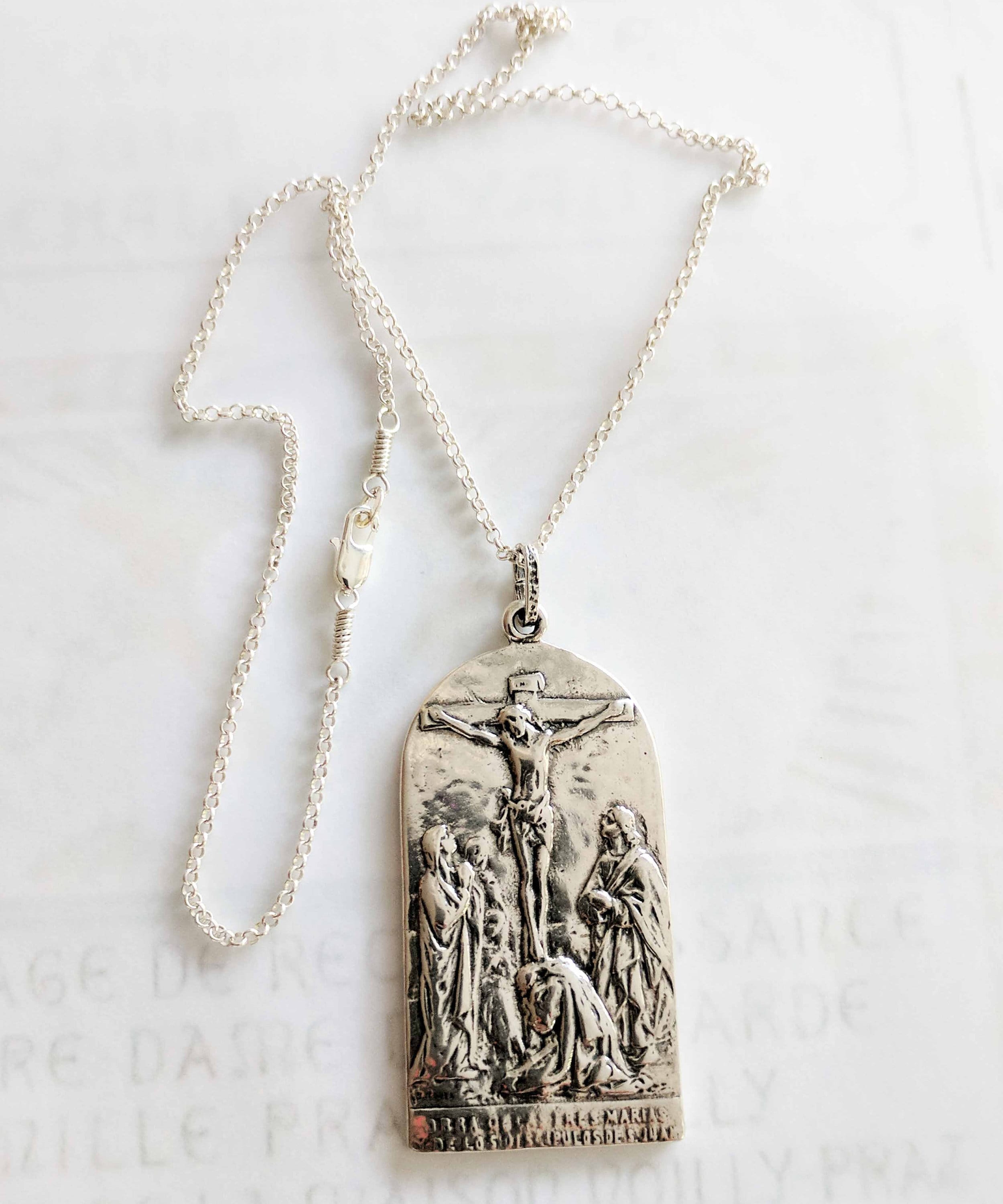 $201.00 USD4 available
Buy Now
This gorgeous medal depicts the three Marys at the foot of the cross (Mary Magdalene, Mary Jacobi & Mary Salome - the same three who went to the Empty Tomb on Easter morning). Also present is the Blessed Mother and John the beloved. This Crucifixion scene in sterling silver is quite large and measures 28mm wide and 56mm high. It hangs from an 18 inch sterling silver chain. The words written below the scene are: "Obra de las tres Marias y de los discipules de S. Juan" (translated: "Work of the three Marys and the disciples of Saint John")