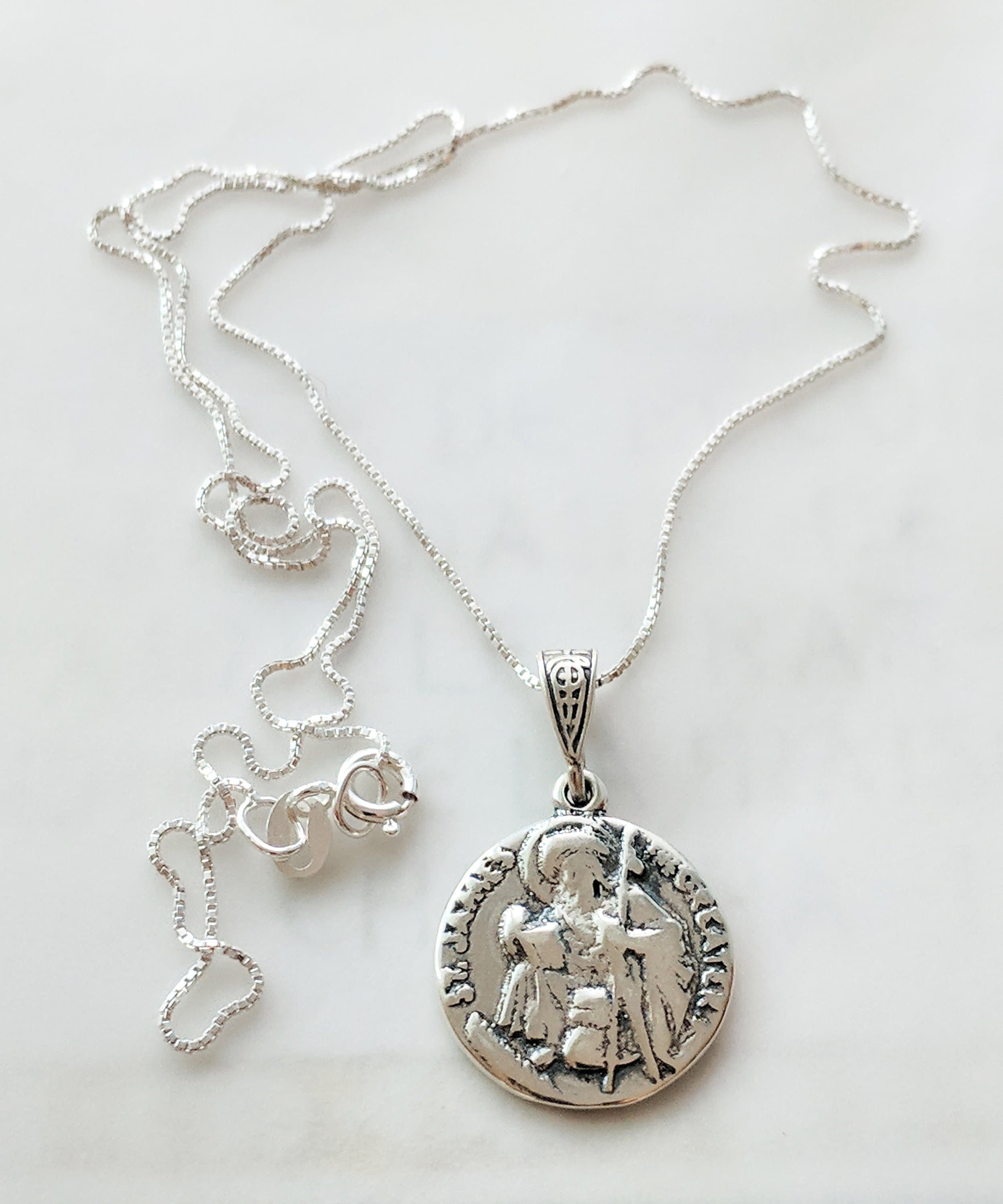 JAMES THE GREATER was the brother of John the beloved. James was the elder of the two brothers. James is named “the Greater” to distinguish him from the Apostle James “the Lesser” or “the Minor,” who was probably shorter in stature.

After the Ascension, James traveled preaching the gospel all the way to the Iberian Peninsula (Spain and Portugal). James landed with his followers in northeastern Spain. He was aware that those to whom he began to preach paid little attention. In prayer, on the 2nd of January in the year 40, James had a vision of the Blessed Mother. She gave him a wooden statue of herself on a pillar and told him to build a church in her honor and then to return to Jerusalem. (1)

James and his disciples built a small chapel in Zaragoza, where she appeared. This was the first church built in Mary’s honor. Then James and his disciples returned to Judea (44 AD) where James was martyred by decapitation. Herod Agrippa I, the Judean monarch and grandson of King Herod I, cut off the head of James with his own sword.

WAY OF SAINT JAMES
The tradition at Compostela placed discovery of the relics of Saint James in the time of King Alfonso II (791-842) and of Bishop Theodemir of Iria. These traditions were the basis for the pilgrimage route that was established in the 9th century. And the shrine dedicated to Saint James at Santiago de Compostela, in Galicia, Spain became the most famous pilgrimage site in the Christian world. The cathedral was consecrated in the year 1211.

The scallop shell, found on the shores of Galicia, has long been the symbol of the Camino de Santiago. The scallop shell also acts as a metaphor. The grooves in the shell, which meet at a single point, represent the various routes pilgrims traveled, eventually arriving at a single destination: the tomb of Saint James in Santiago de Compostela.