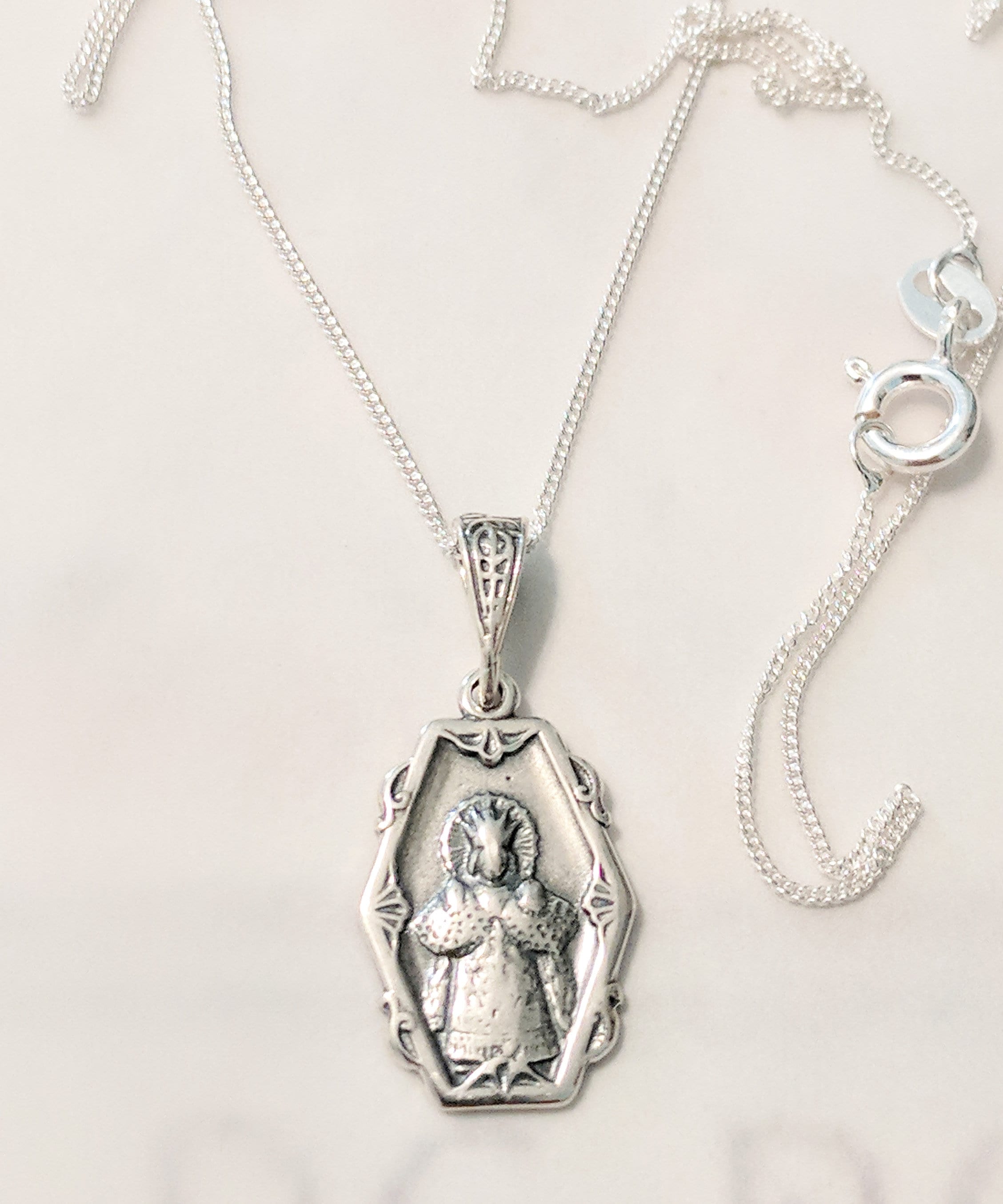 $47.00 USD2 available
Buy Now
This tiny Infant Jesus of Prague medal is made of sterling silver. The design is lovely and includes the Sacred Heart of Jesus on the reverse. The medal hangs on an 18 inch Italian sterling silver chain.