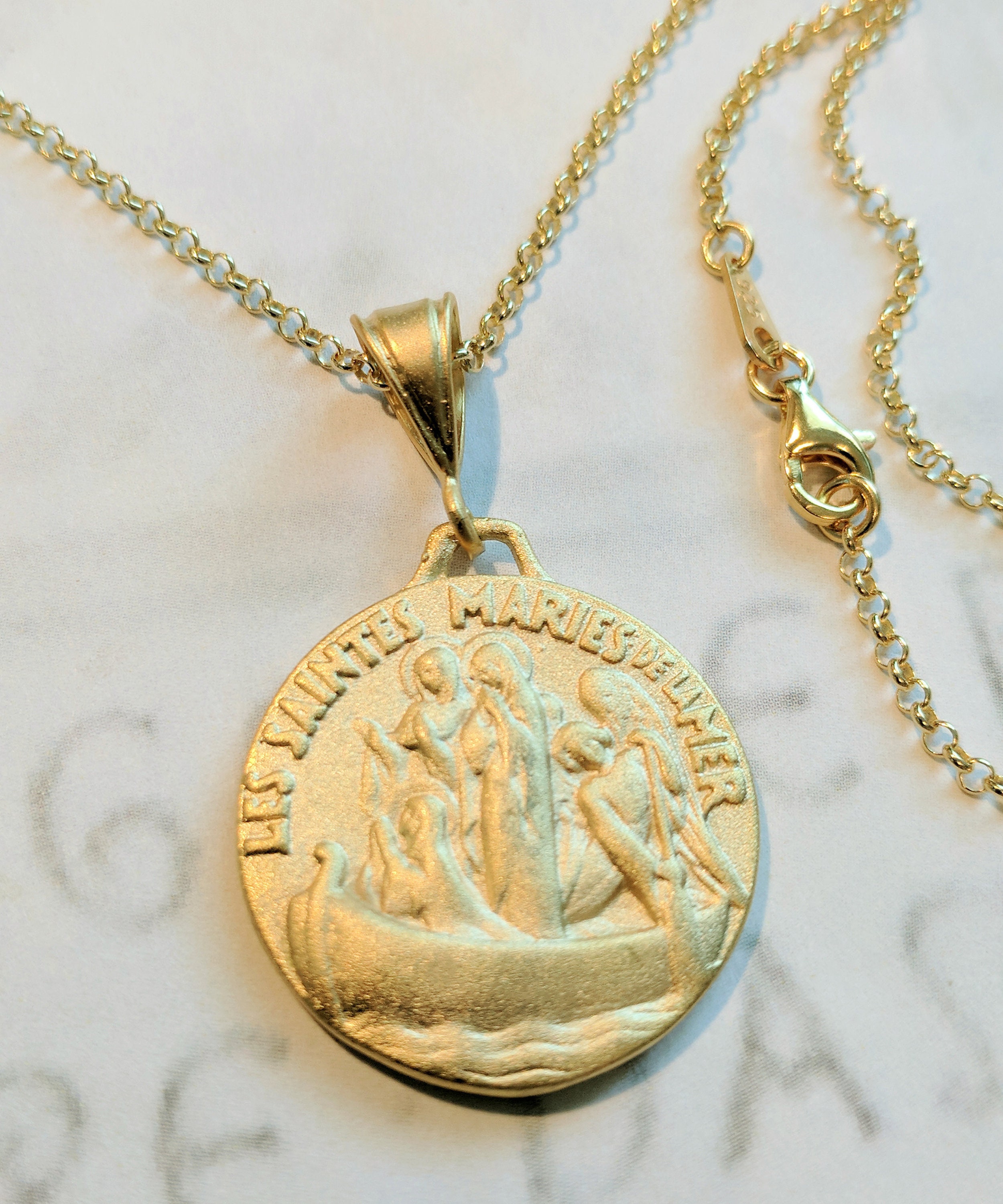 $95.00 USD3 available
Buy Now
This 18K gold vermeil medal on the necklace captures Saint Mary Jacobe (mother of the apostle James and sister-in-law of the Blessed Mother) and Saint Mary Salome (mother of the apostles James and John). These two Marys were at the Empty Tomb with Mary Magdalene. The reverse of the medal has both the Camargue Cross and a Gardian on a Camargue Horse, two things that originated in Saintes-Maries-de-la-Mer. The medal is quite heavy (solid silver then plated with 18K gold) and hangs from an 18 inch Italian 22K gold vermeil chain.