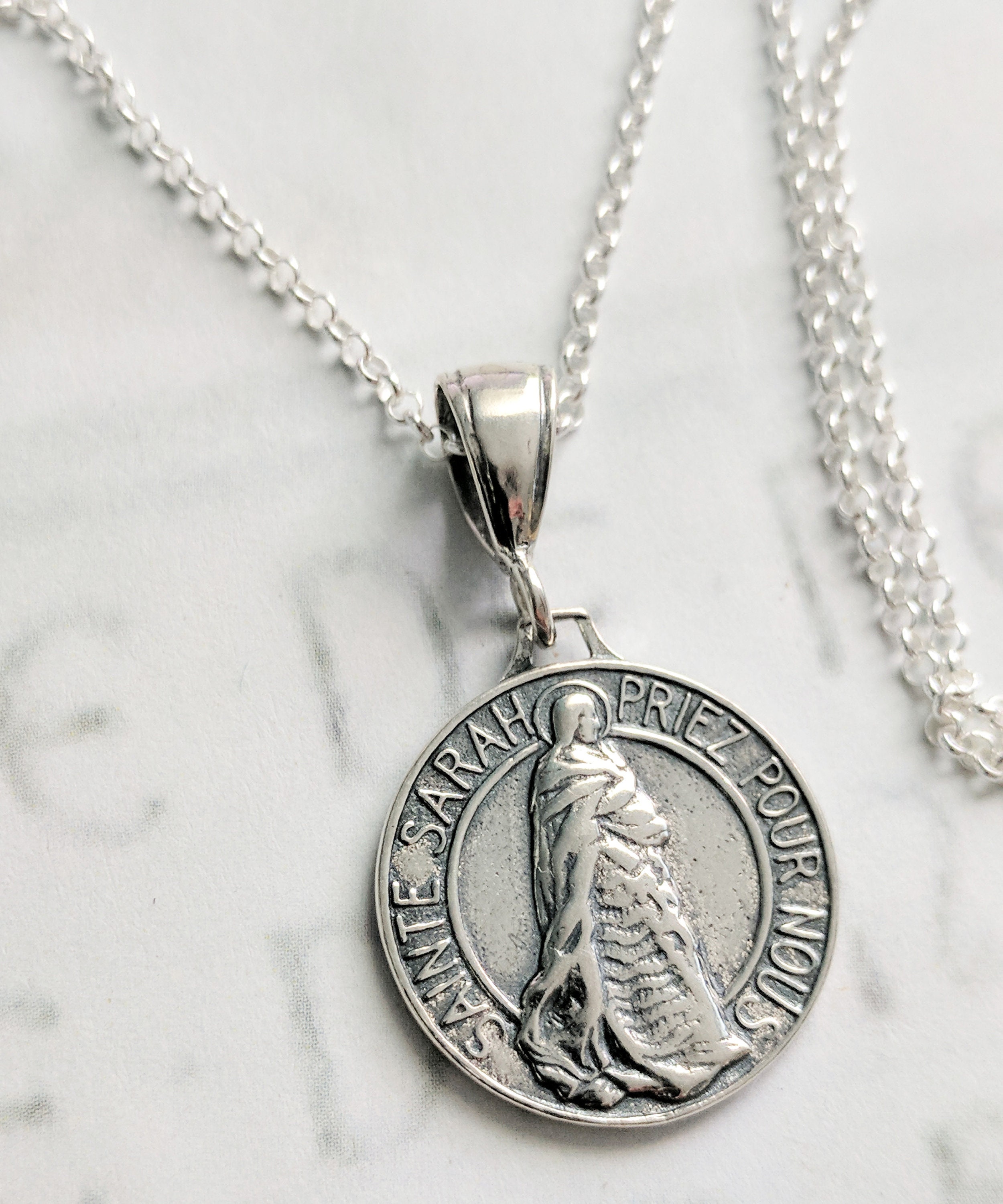 The medal measures 23mm in diameter and the chain measures 18 inches and is Italian sterling silver.