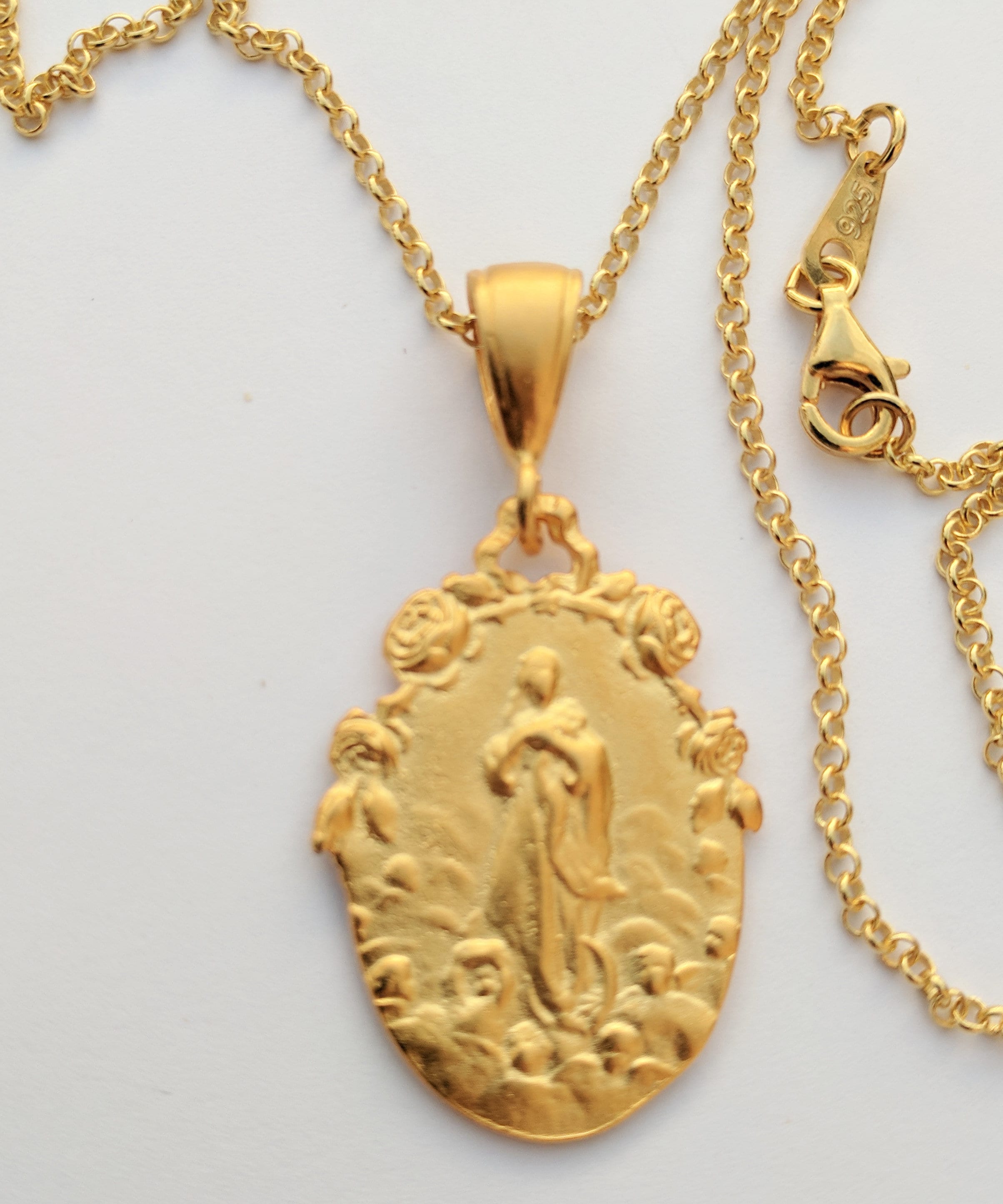 $118.00 USD2 available
Buy Now
This gorgeous 18K gold vermeil Saint Mary Magdalene medal depicts her being "Carried by Angels," as she was 7 times a day when she lived in La Sainte-Baume for thirty years in contemplation and prayer. The medal measures 22mm x 32mm without the bail. See the image of the medal next to a quarter coin. The reverse image is the Sacred Heart of Jesus. The medal on both sides is edges with beautiful roses. The medal hangs from an 18 inch Italian 18K gold vermeil chain.