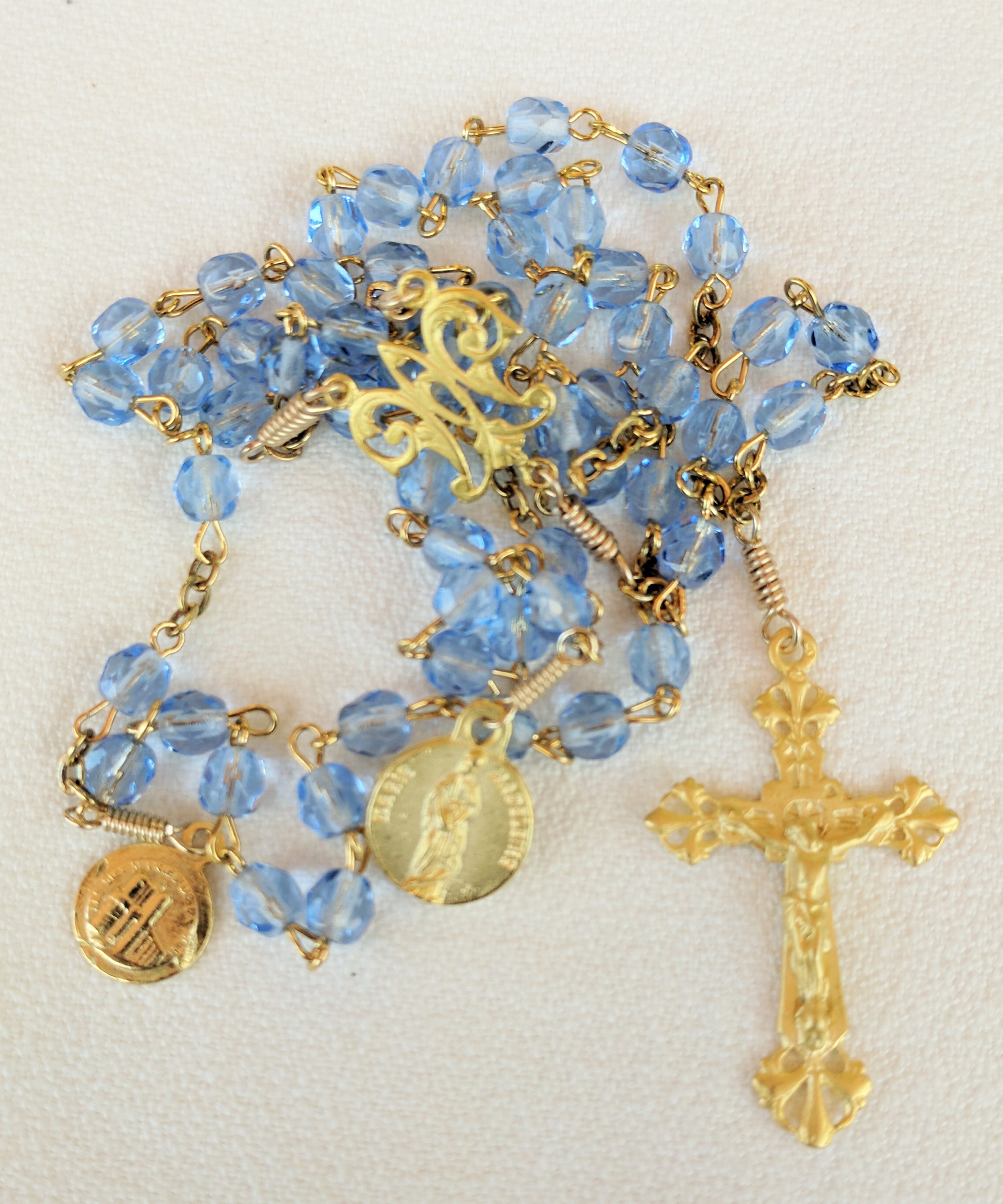 $131.00 USD1 available
Buy Now
This beautiful rosary is handmade with red French crystal. Each bead is wire-wrapped with gold filled wire. The crucifix and center are vintage French and 18K gold vermeil. The rosary is complete with a tiny 18K gold vermeil medal of MARIE MADELEINE holding her alabaster jar and the words on the reverse of the medal are "Protegez moi" (Protect me in French). There is also a tiny 18K gold vermeil medal of the Saintes-Maries (Saint Mary Jacobi & Saint Salome - mothers of the apostles), who came with Mary Magdalene on a boat from Palestine to Gaul (now France) in 47 AD.

From the end of the crucifix to the middle of the third decade of Hail Marys measures 17 inches.