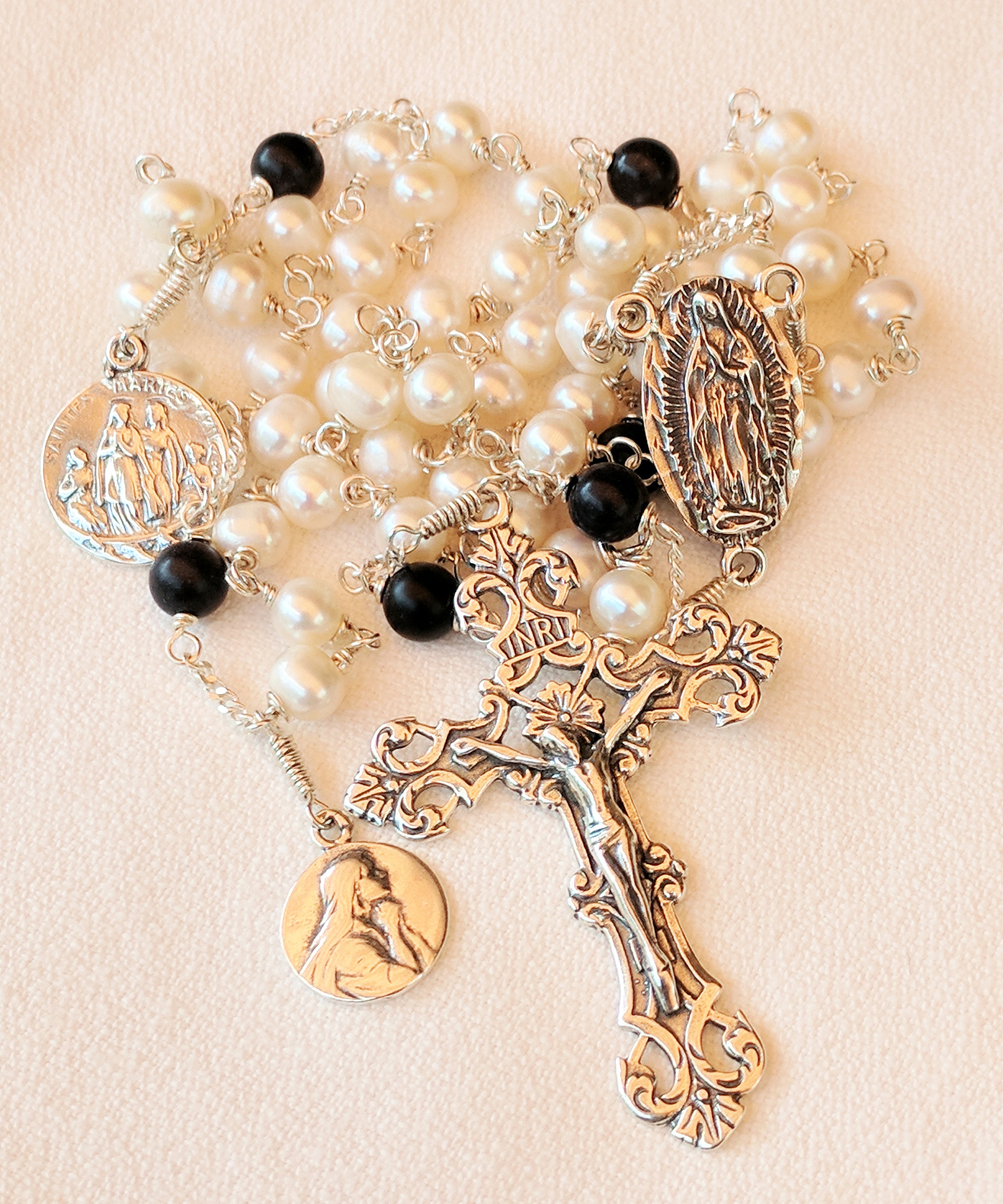 $161.00 USD2 available
Buy Now
This sterling silver rosary is made with freshwater pearl and blue goldstone. The crucifix and Our Lady of Guadalupe center are of sterling silver and so are the medals of Saint Mary Magdalene and the Saintes-Maries. The Hail Marys are of freshwater pearl and the six Our Fathers are of blue goldstone - a lovely gem that shimmers in the light like a starry starry night. I love changing the colors of the two prayers.

OUR LADY OF GUADALUPE, also known as the Virgin of Guadalupe, is a Roman Catholic title of the Blessed Virgin Mary associated with a venerated image enshrined within the Minor Basilica of Our Lady of Guadalupe in Mexico City.

PEARLS gathered in the wild from the Holarctic freshwater pearl mussel were important sources of pearls for medieval jewelry, with Scotland a major source; this species is now endangered in most areas. Today China is the only commercial producer of freshwater pearls, producing 1500 tons (as of 2005) using the triangle shell mussel and several hybrids that have shown heterosis from several mussel species.

GOLDSTONE is a type of glittering glass made in a low-oxygen reducing atmosphere. The finished product can take a smooth polish and be carved into beads. It is also sometimes called "stellaria," "sang-e setareh" or "sang-e khorshid" (sang means 'stone', 'khorshid' means 'sun' and setareh means 'star' in Persian) for its starry internal reflections, or "monk's gold" or "monkstone" from folkloric associations with an unnamed monastic order.