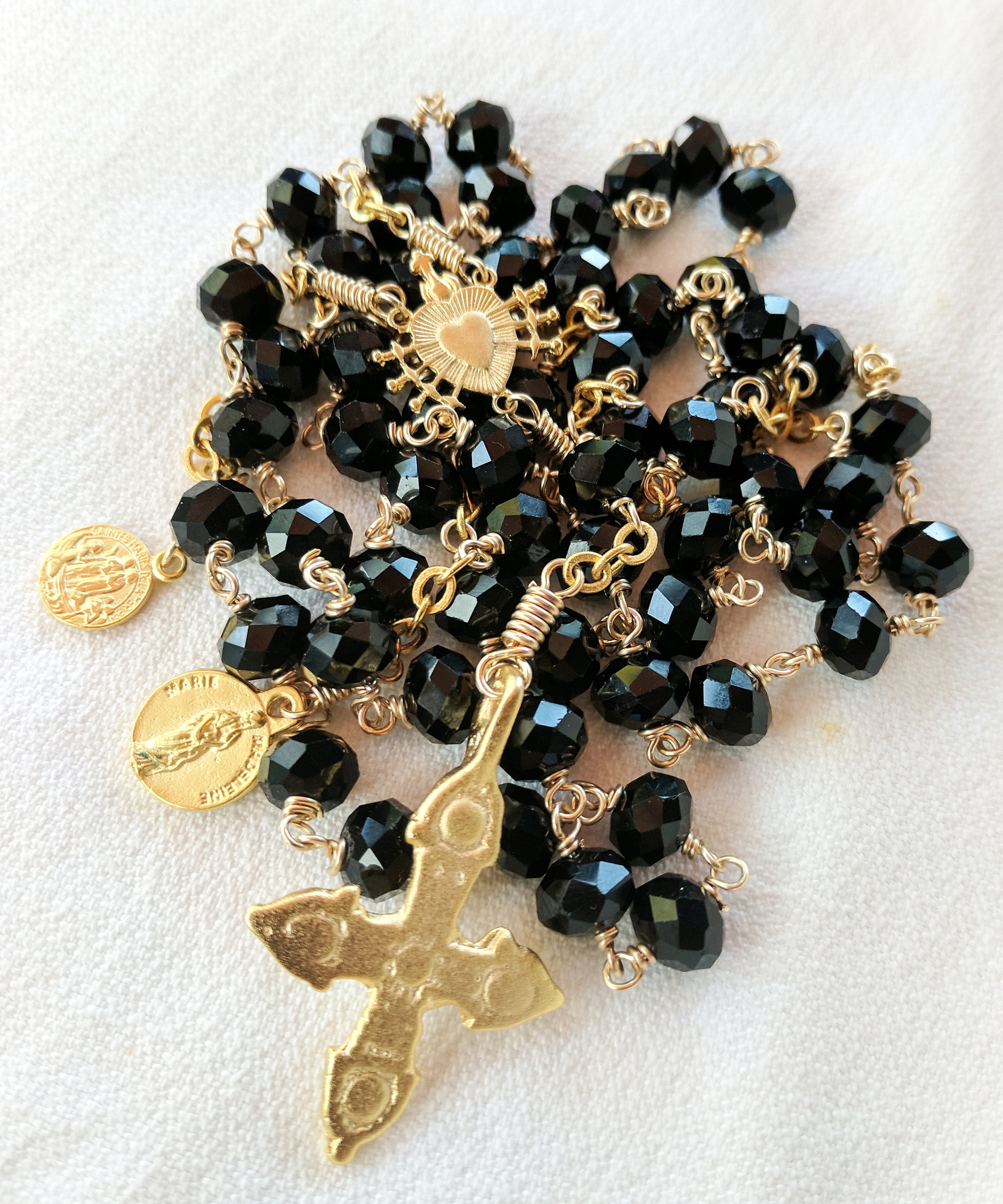 $181.00 USD2 available
Buy Now
I found these French vintage black crystals in the South of France at an antique fair this summer. An 18K gold vermeil rare Crusader Cross is used in place of a crucifix. The black crystals are wire wrapped with 18K gold filled wire. The chain links in between are Parisian chain plated in 18K gold to match. The Seven Sorrows center is also 18K gold vermeil as well as the medals of Marie Madeleine and the Saintes Maries.

To give you an idea of the size of the rosary, from the bottom of the cross to the middle of the third decade of Hail Marys measures 23 1/2 inches. It is a neavy rosary and would make a very nice gift for a man.

SEVEN SORROWS - The Seven Sorrows (or Dolors) are events in the life of the Blessed Virgin Mary: