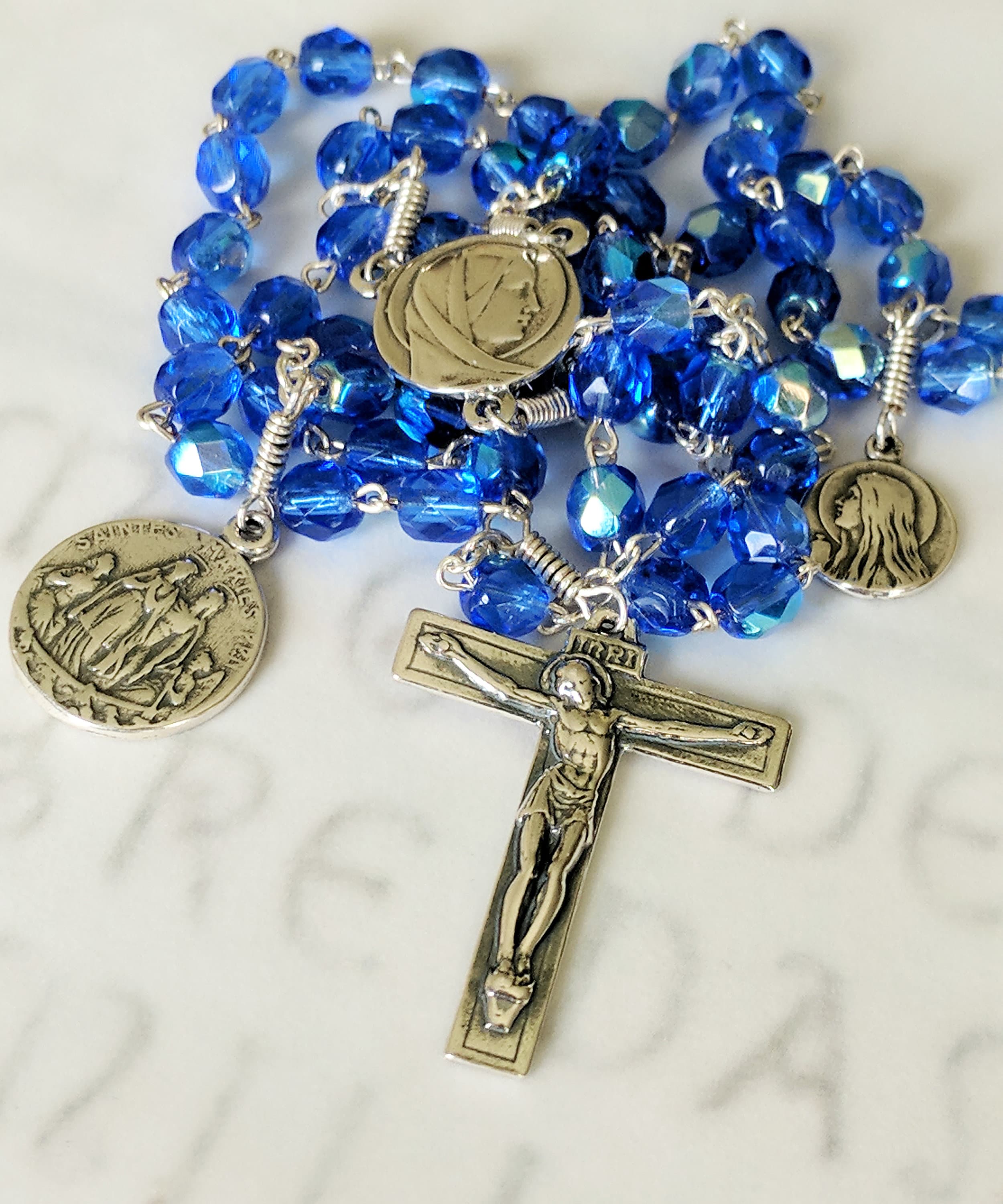 The sterling silver crucifix is a replica of an antique French crucifix. The Blessed Mother center, Mary of Magdala and her alabaster jar & Saintes-Maries medals are also made of sterling silver.

To give you an idea of the size of the rosary, from the bottom of the cross to the middle of the third decade of Hail Marys measures 22 inches.