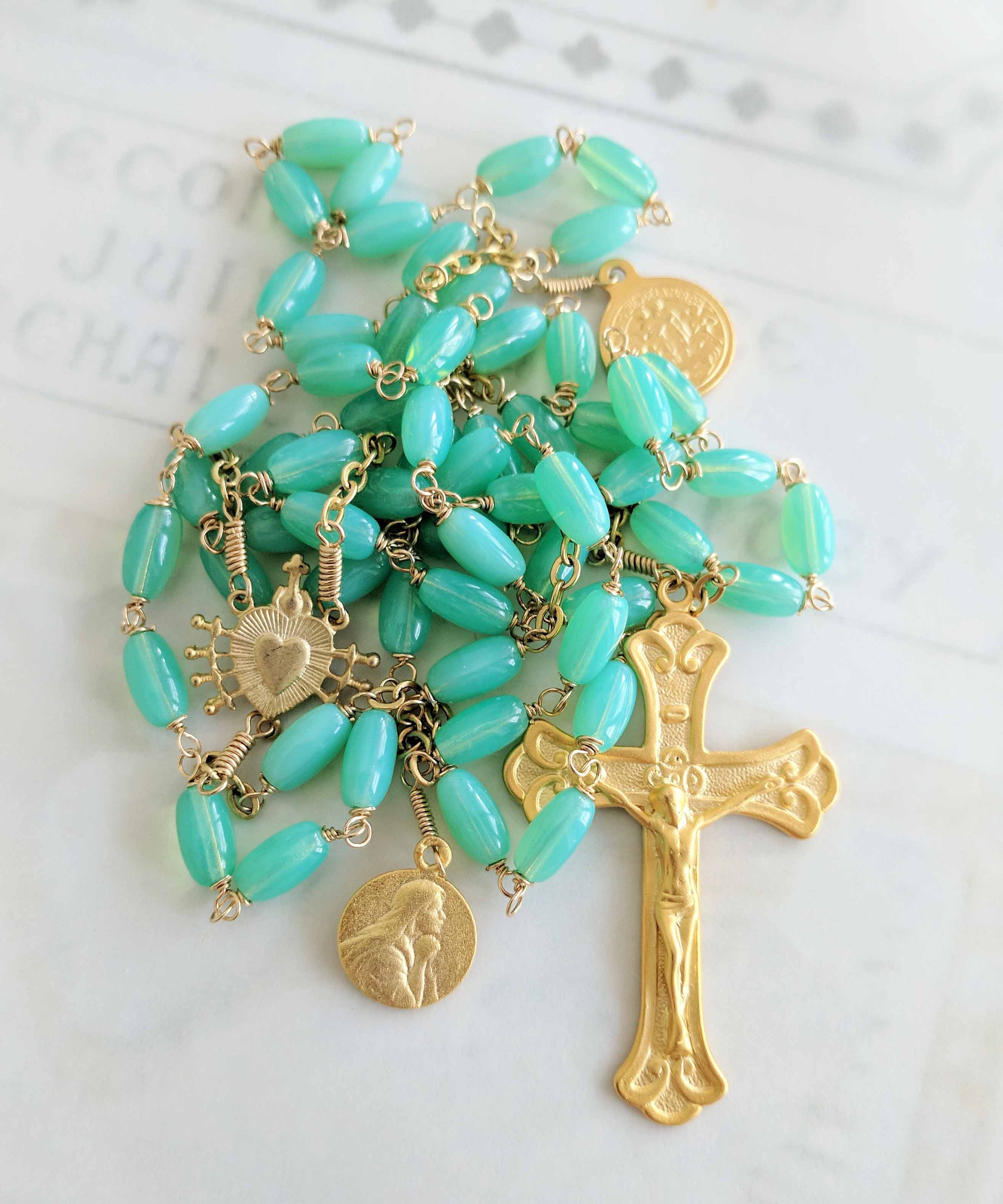 $161.00 USD1 available
Buy Now
This Mary of Magdala rosary is made with aqua green milk glass wire wrapped in gold filled wire. The crucifix and Seven Sorrows center are 18K gold vermeil as are the medals of Saint Mary Magdalene and the Saintes Maries.

The rosary measures 26 inches from the middle of the third decade of Hail Marys to the bottom of the crucifix.

MILK GLASS
Milk glass is an opaque or translucent, milk white or colored glass that can be blown or pressed into a wide variety of shapes. First made in Venice in the 16th century.

SEVEN SORROWS - The Seven Sorrows (or Dolors) are events in the life of the Blessed Virgin Mary: