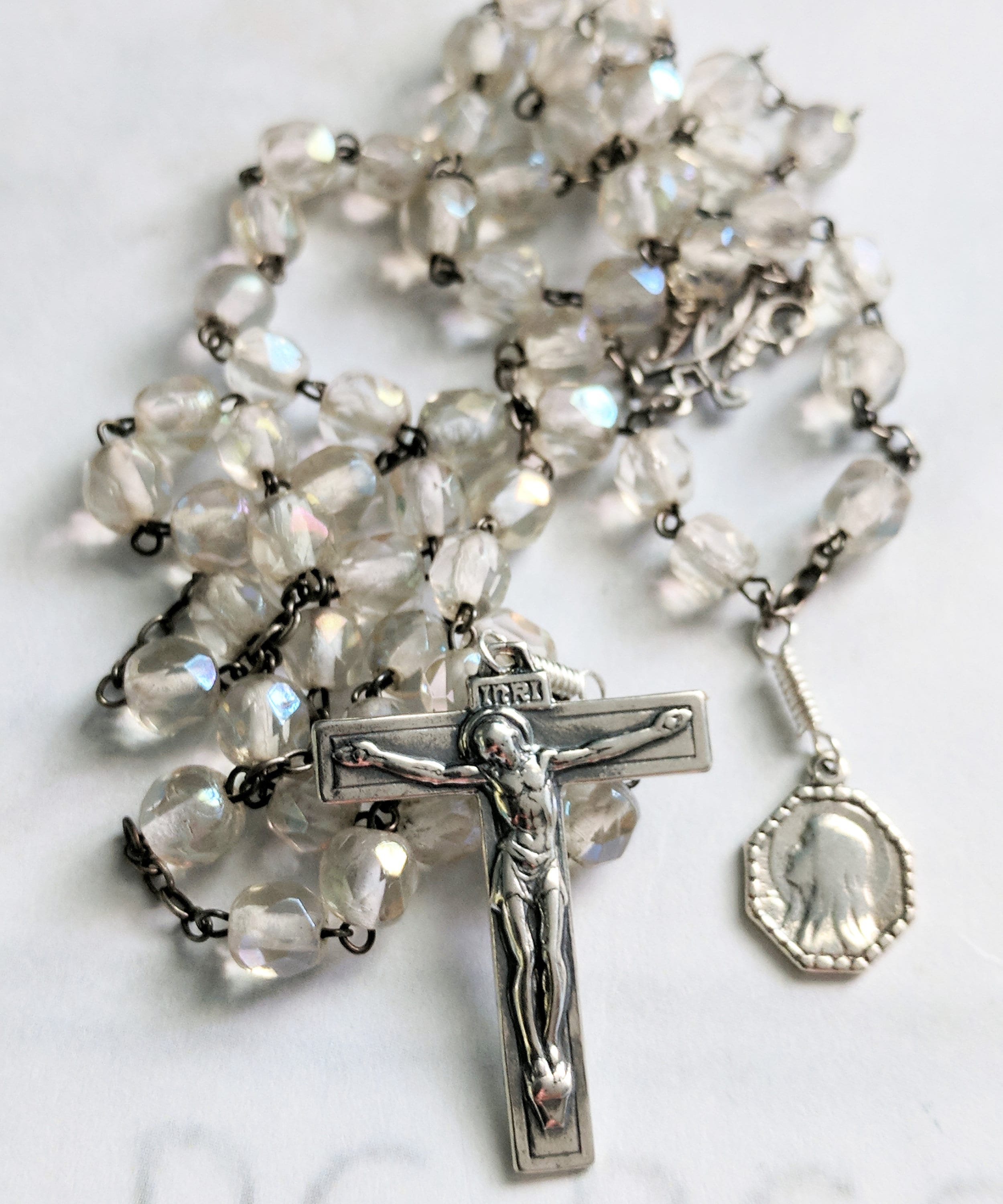 $161.00 USD1 available
Buy Now
This antique French rosary is made with antique French lead crystals that are quite heavy and beautiful. The crucifix and center are sterling silver with beautiful detail. Also added to the rosary is a medal of Mary of Magdala. The rosary measures 15.5 inches from the end of the crucifix to the middle of the third decade of Hail Marys.