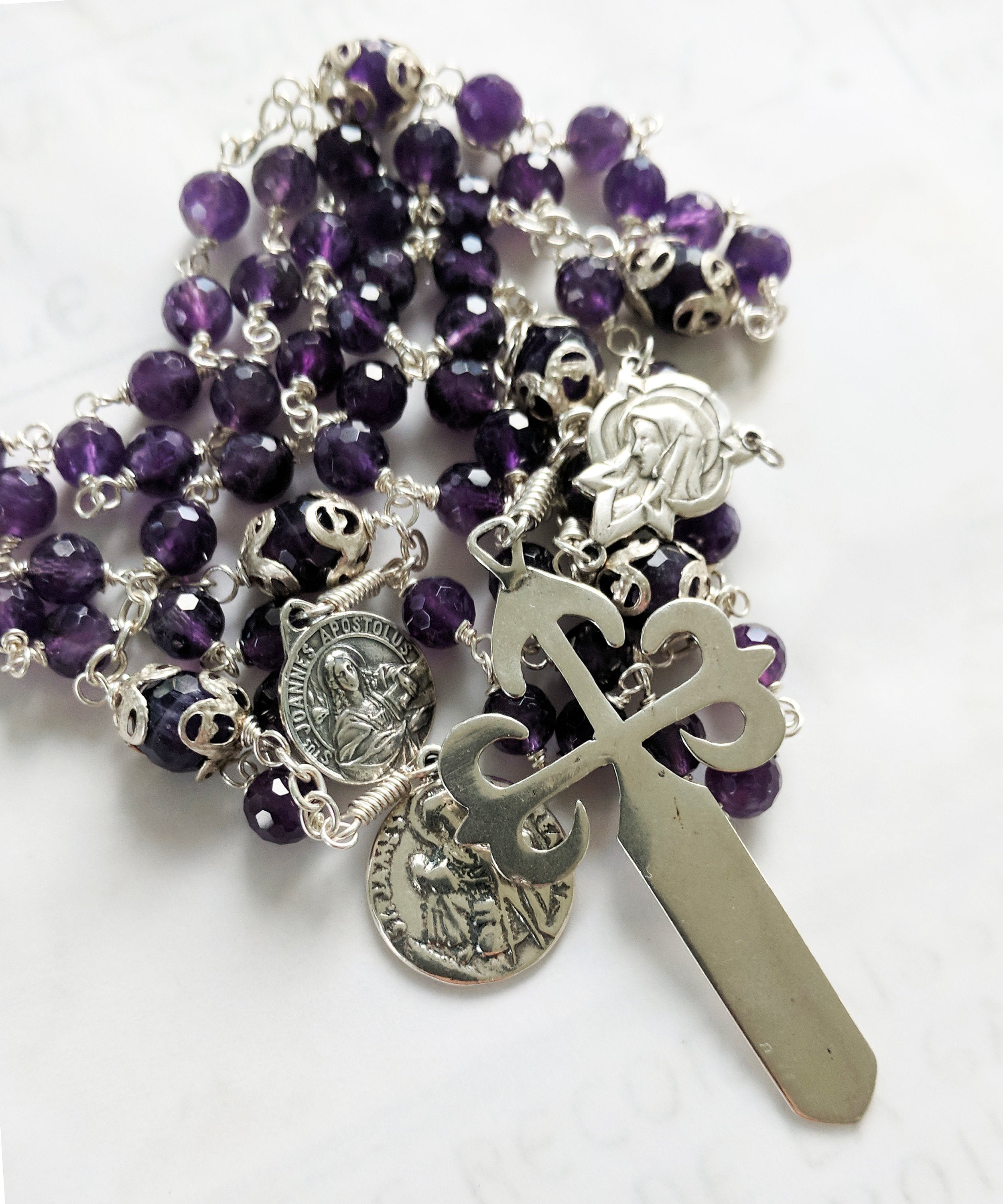 The rosary measures 23 1/2 inches from the bottom of the St James cross to the middle of the third decade of Hail Marys.