Mary Magdalene at the foot of the Cross

The risen Christ appeared to Mary Magdalene first and gave her instructions to relay His message to His favored disciples, which she carried out immediately.

Pope Francis elevated Mary Magdalene’s Feast Day to emphasize the importance of this woman “who so loved Christ and was so greatly loved by Christ.” At a Mass in 2013 Pope Francis said, “Her tears at Christ’s empty tomb are a reminder that sometimes in our lives, tears are the lenses we need to see Jesus.” A decree entitled Mary Magdalene, apostle of the apostles was issued raising the July 22nd memorial of Saint Mary Magdalene to a feast on the church’s liturgical calendar. It may have had something to do with Cardinal Robert Sarah’s visit to Sainte-Maximin-la-Sainte-Baume the year prior.

Cardinal Robert Sarah (from Guinea), prefect of the Congregation for Divine Worship and the discipline of the Sacraments was the one to issue the decree on behalf of Pope Francis. I remember listening to Cardinal Sarah’s beautiful talk in french about “Marie Madeleine” at St. Maximin-la-Sainte-Baume in July of 2015 over the feast of Saint Mary Magdalene. He led the candlelight procession with the skull of Saint Mary Magdalene through the streets of the town. 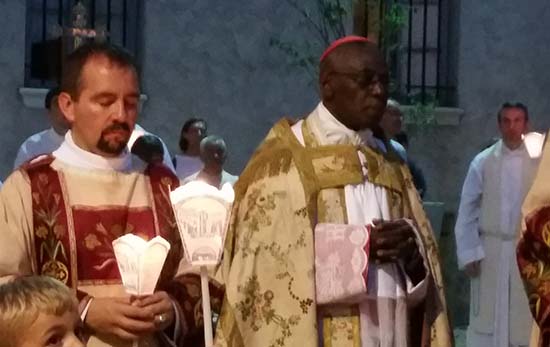 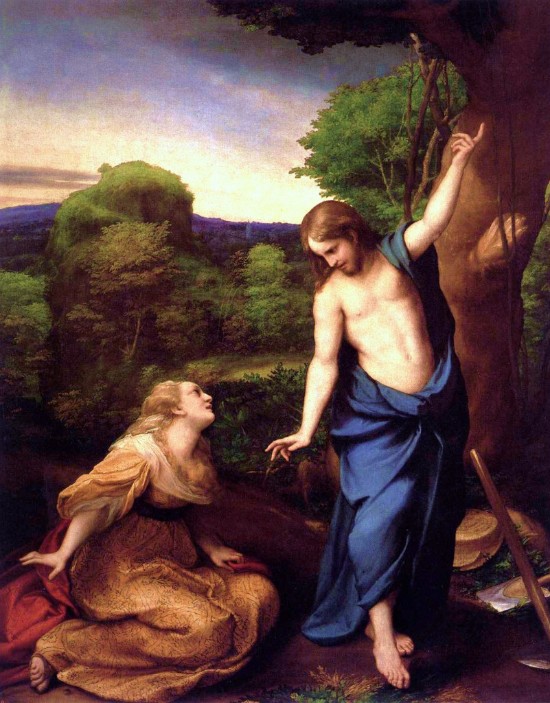 Mary Magdalene was the first to see the empty tomb and to hear the truth about His resurrection. She fulfilled the command of the Risen Lord by telling the disciples that He had said these things to her, and became an evangelist, announcing the Good News of the Lord’s resurrection.

What is an apostle?

APOSTLE is from the Greek “apostlos” which means “a delegate, messenger, one sent forth with orders”. It comes from the verb apo-stellein, “to send out.”

Many people wrongly assume that the words “disciple” and “apostle” have the same meaning in the New Testament.

A disciple is trained by the teacher and an apostle is “sent out,” representing the teacher. Not all disciples are necessarily sent out on a particular preaching mission.

From disciple to apostle

The transformation of Jesus’ favored disciples to their new role of “apostle,” occurred after the Resurrection (some 40 days after he appeared to Mary Magdalene in the garden):  “Therefore go and make disciples of all nations, baptizing them in the name of the Father and of the Son and of the Holy Spirit, and teaching them to obey everything I have commanded you, and surely I am with you always, to the very end of the age.” 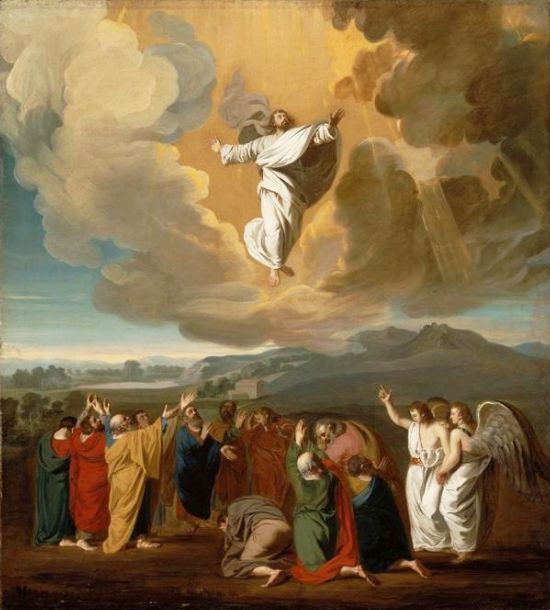 Jesus comforted His disciples with a great promise that the Father would give them the Spirit of Truth, which would be with them forever. 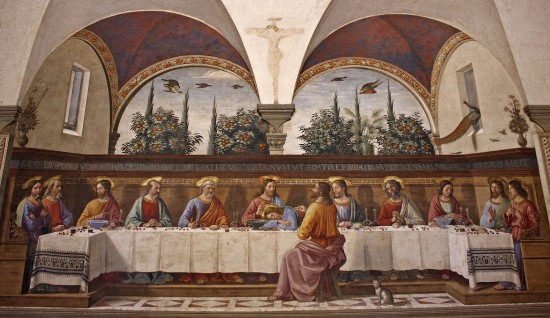 Last Supper in the Upper Room

These chosen disciples came down from the Mount of Olives, to the city of Jerusalem (Acts 1:9-12), and waited….

They gathered in the Upper Room in Jerusalem with the Blessed Virgin Mary and other believers, 120 persons in all. (1)

50 days after the Jewish Passover is Pentecost. In the Old Testament Pentecost coincided with the Feast of Harvest, a pilgrim festival. According to Jewish Law all Jewish men would come to Jerusalem to celebrate the beginning of the wheat harvest. Jerusalem was overcrowded with pilgrims from many different countries of the vast Roman empire to celebrate the goodness of God and the bringing in of the wheat harvest. 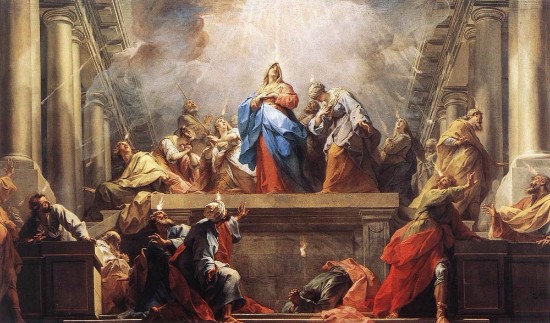 The descent of the Holy Spirit on the Apostles took place on Pentecost. God’s will made this event a turning point in the world’s history. Strong gusts of wind filled the house, and at the same instant there appeared above the Apostle’s heads what looked like tongues of fire which began descending on their heads, imparting gifts. The Apostles became spiritually enriched and felt an ineffable joy and inspiration, full of life and totally in love with God, compelling them to joyful exclamations and glorifications of God in tongues that all could understand. The Apostles were now baptizing with the Holy Spirit and fire just as it was prophesied by John the Baptist. By evening of the same day the Christian Church increased from 120 to 3000 believers.(2)

Mary Magdalene is an example and model for all women. 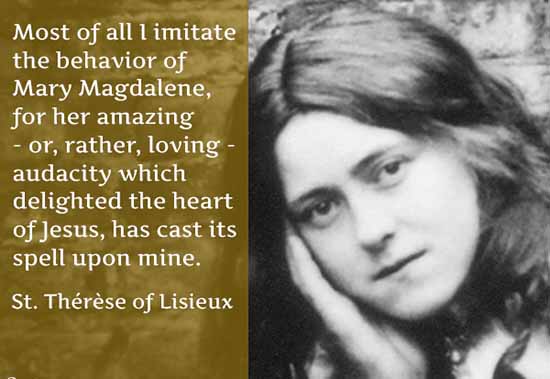 (1) PENTECOST—The day of descent of the Holy Spirit on the Apostles by Archimandrite Alexander Vasilievich Mileant, Bishop of Buenos Aires and South America, 2001  http://fatheralexander.org/booklets/english/pente.htm